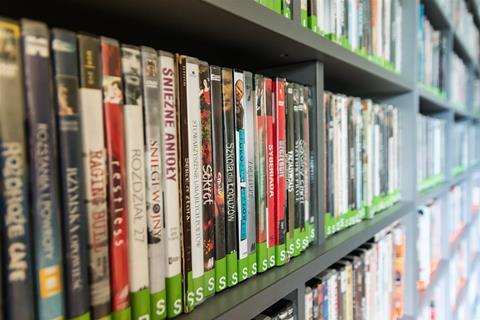 A newly-published report into the European home entertainment market highlights how digital has drastically replaced physical consumption in the region.

The report was prepared by the Digital Entertainment Group Europe and covered 23 countries between 2010 and 2016, with a focus on nine key markets.

The study says: ”The transition from physical to digital consumption has worked through in most of the key markets and is providing new opportunities for video distributors in territories large and small, as infrastructure continues to improve and stimulate consumer demand for high quality local and international film, television and independent video content.”

The report shows that northern European countries, such as Denmark, Sweden, the Netherlands and the UK, have the highest shares of digital spending on home entertainment, at 85.3%, 77.3%, 75.1% and 59.6% respectively. All have higher than average broadband penetration for the region.

The lowest share of digital spend was Italy with 41%, possibly because of the territory’s low broadband penetration (52% of households). Germany was just behind on 42% digital spend, though this can attributed to its ‘robust physical market’ according to the study. In 2016, Germany surpassed the UK as the largest market for physical sales for the first time.

US comparisons, Brexit and predictions

The study notes that while broadband penetration is twice that of the US’s, European expenditure on home entertainment was roughly half the size of the US’s in 2016. “[This] could be said to be a function of differing economic and cultural conditions across European territories and between Europe and the US,” read the report.

Brexit uncertainty in the UK, including fluctuating exchange rates, could have some impact on the sector, according to the report, but it notes: “the UK home entertainment market is noted for its resilience and popularity with British consumers and is expected to continue to evolve with distributors developing innovative digital and premium 4K UHD consumer propositions.”

The study notes that the introduction of portable VoD and subscription services in early 2018, as part of the European Commission’s ambition for a Digital Single Market, could also stimulate growth for the home entertainment sector within Europe in the longer term, as consumers enjoy the benefits of mobile roaming throughout the EU.

The report concludes: ”The transition from disc to digital appears to be most successful in territories where an appealing retail offer is maintained for consumers of Blu-ray Disc, DVD and the launch of premium physical formats. There is still an appetite for physical discs, as video viewers appreciate the availability of new release content, whether for personal, family viewing or gifting purposes, ahead of many digital services through active in-store promotional display.”

The report was based on data from International Video Federation and IHS Markit.