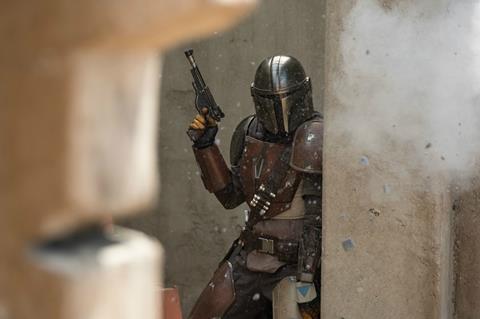 Disney is already developing international original content for its Disney+ streaming service, which launches in the US, Canada and the Netherlands today (November 12), and is “looking at acquisitions” in markets outside the US, according to Ricky Strauss, president of content and marketing for the service.

Strauss outlined the international production and acquisition plan at a media event in advance of the platform’s launch. The service is set to arrive in Australia and New Zealand next week  on November 19 and in the UK, France, Germany, Italy, Spain and other markets in Western Europe on March 31, 2020.

“The idea is to build on what we’ve been doing domestically in our international markets as we continue to grow,” said Strauss. “So there will be original content coming from our international territories. We’re underway already with some development and we’re looking at acquisitions as well.” The international content will include both English- and local-language projects, Strauss added.

Last June, Disney+ recruited former Netflix executive Matt Brodlie as senior vice president of international content development. Brodlie is responsible for determining what content needs to be produced or acquired for Disney+ outside the US, though no international projects have yet been unveiled.

Agnes Chu, senior vice president of content, is steering original production for Disney+ in the US.

Disney has said it expects the streaming service to secure between 60m and 90m subscribers around the world by the end of the company’s fiscal 2024. However a report published this week by Digital TV Research predicts Disney+ will have more than 101m subscribers by 2025, making it a significant competitor for Amazon Prime, which the report sees growing to 135m subscribers, and Netflix, with a forecast 235m.

At the media event, Kevin Mayer, chairman of Disney direct-to-consumer and international, emphasised Disney+ is designed “for a four-quadrant audience, not just for families.” The service offers library series and movies from Disney’s Marvel, Pixar, Star Wars, Walt Disney and National Geographic labels as well as original series including, at launch, Star Wars spin-off The Mandalorian.

Mayer said the recent test launch of the service in the Netherlands revealed a “huge diversity” of subscribers and usage, “which further supports our vision for a truly four quadrant product. Marvel movies are proving to be the big drivers behind our first streams… and these movies in particular speak to an older skewing audience.”