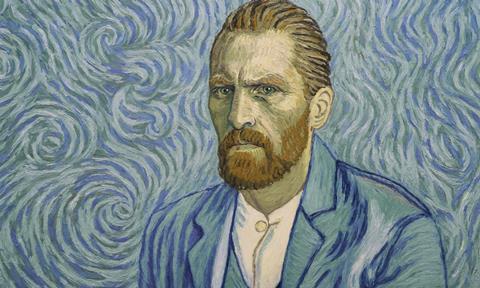 The Doha Film Institute has revealed its participation in animated feature Loving Vincent as a co-financier ahead of the film’s premiere at the Annecy International Animated Film Festival next month.

Written and directed by Dorota Kobiela and Hugh Welchman, the film tells the life story of painter Vincent Van Gogh.

Each of the 65,000 frames of the film is an oil painting, hand-painted by a team of 125 professional artists from across the world.

The film is produced by Poland’s BreakThru Films and the UK’s Trademark Films, and co-produced by City of Wroclaw.

Loving Vincent is the latest project in DFI’s ongoing commitment to international film production, with previous projects including Asghar Farhadi’s The Salesman, Mira Nair’s The Reluctant Fundamentalist and Hany Abu-Assad’s The Idol.

“At the Doha Film Institute, we actively explore opportunities to partner with such ambitious ventures that push the boundaries of filmmaking,” comments H.E. Sheikha Al Mayassa bint Hamad bin Khalifa Al Thani, Chairperson of Doha Film Institute and Qatar Museums. “Combining art and cinema like no other film, Loving Vincent will serve as an inspiration for emerging and established filmmakers and artists alike.”