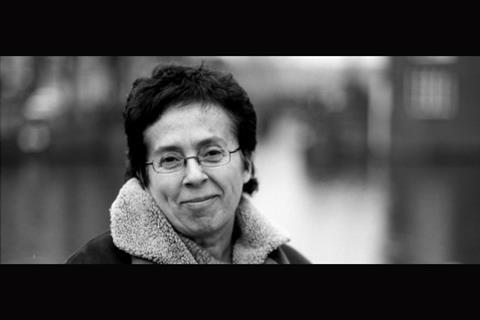 Dutch industry figures have paid tribute to documentary maker Heddy Honigmann, who died at the weekend at the age of 70 after a long battle with cancer and multiple sclerosis.

Honigmann, born in Lima in Peru in 1951, came to the Netherlands in the late 1970s and became one of the country’s most prominent filmmakers.

“She (Honigmann) was making films sometimes on very Dutch subjects and sometimes on very international subjects. We knew that Heddy had been ill but it [her death] was still unexpected because she was so incredibly strong,” commented leading Dutch documentary executive Jan Rofekamp, CEO of Films Transit, who was involved in the sales and distribution of several of her films.

He nominates Forever, her film about Père-Lachaise cemetery in Paris, as his favourite among her works. “She was a very headstrong woman. I knew producers who were proud to work with her - but had a bit of hard time!”

Honigmann’s final film, No Hay Camino - There is No Path, world premiered at Hot Docs last year. It was one of her most autobiographical works, dealing with her family, her work, her difficult relationship with her over-protective father, a concentration camp survivor, and her Peruvian roots.

“I am happy she was able to make this last film which is basically a testament…it’s almost like a last word which is quite moving actually,” Rofekamp stated.

Pieter van Husytee, who produced her final film and also worked with Honigmann on her 1995 documentary O Amor Natural, described her as “tough but witty,” saying “you could always have a laugh with her.” He also spoke of the warmth in her work and about how she always looked “at the good side of somebody,” even if she was “also tough on herself.”

Orwa Nyrabia, Artistic Director, IDFA described Honigmann as “a true unique global artist, whose identity brought together the cultures and histories of Eastern Europe, Latin America and the Netherlands, where she found love, and home since 1978.

Nyrabia added: ”Heddy’s films inspired and empowered a generation of filmmakers, and especially women filmmakers, in the Netherlands and beyond. When Heddy won a substantial cash prize in 2016, she chose to dedicate it to the development of films from Africa, Asia, Latin America, and Eastern Europe via the IDFA Bertha Fund. A choice that reflects the kind of human and filmmaker she was, and the size of our loss with her departure.”

In 2013 Honigmann was awarded with the Living Legend Award from International Documentary Film Festival Amsterdam (IDFA).

Honigman received multiple retrospectives of her work at internationally renowned festivals and institutions such as the Museum of Modern Art in New York (2003), the Centre Pompidou in Paris (2010) and Dokfest München (2020).