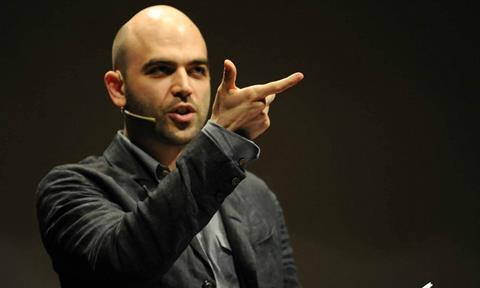 Elle Driver is launching sales on Roberto Saviano’s big screen adaptation of his Italian bestseller La Paranza Dei Bambini capturing the ferocious world of budding teenage crime bosses in Naples jockeying for power in the backstreets of the city.

Carlo Degli Esposti and Nicola Serra at Rome-based Palomar are producing. Wild Bunch and Elle Driver are on board as French co-producers. Wild Bunch Distribution has taken French rights.

“Elle Driver has always sought strong stories. Working with Saviano offers the perfect combination of one of the world’s most talented writers and an explosive story which is at once local and universal,” Elle Driver chief Adeline Fontan Tessaur said.

Saviano is working with long-time collaborator Maurizio Braucci on the screenplay. Claudio Giovannesi, who was in Cannes Critics’ Week last year with gritty jail-set romance Fiore, is attached to direct. The shoot will take place in late 2017.

“Everything happens in Naples, but together with the writer Maurizio Braucci, the director Claudio Giovannesi and Palomar, our focus goes beyond Naples,” Saviano said.

“Naples is a starting point to tell a story unfolding in peripheral city neighbourhoods all over the world, from Paris to Buenos Aires, from New York to Mumbai, where a generation wipes out life in a second with a gun-shot.”

“I am convinced that by having a young talented director like Claudio Giovannesi together with Roberto Saviano, we are opening a complete new chapter in the adaptations for the big screen of Roberto’s magnificent novels,” Degli Esposti said.

Published in Italy 2016, Paranza Dei Bambini marks Saviano’s first purely fictional work but remains anchored in the heartlands of Naples’s Camorra crime gangs featured in his breakthrough 2006 work Gomorrah, which was made into a both a hit feature and TV series.

It charts the controversial rise of a gang of Neapolitan youngsters – known as the paranza – who were originally recruited to act as hitmen by the Camorra but then started muscling into the territory too.

Going by the innocent sounding nick-names Pesce Moscio (Soft), Dentino (Little Tooth), Lollipop and Drone, these power-hungry adolescents are as trigger happy with a real AK-47 as they are on their PlayStations.

“These adolescents, often kids, are talented and diligent. But they decide there is no time, they don’t want to wait and build their future little by little,” Saviano said. “They want everything and now: money, power, women.”

Palomar’s Serra noted that although the story is rooted in Naples, the tale has universal implications.

“The very core of Paranza is a tragically universal topic like kids are. This is why Palomar, Elle Driver and Wild Bunch have joined forces with such enthusiasm,” he said.