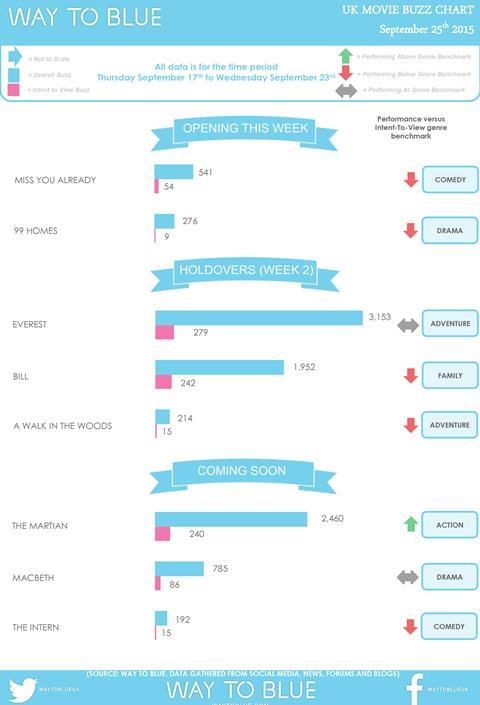 The film generated 3,153 mentions across social media, news, forums and blogs during its first week of release, with 7.7% expressing an intent to view (ItV).

In second place was The Martian, which stars Matt Damon as an isolated astronaut stranded on Mars, ahead of its release next week.

In third this week was Bill, a comedy from the team behind TV series Horrible Histories, which received 1,952 mentions, with 12.4% ItV.

Also on the horizon, Justin Kurzel’s Macbeth, starring Michael Fassbender, is set to open on Oct 2. It garnered 785 mentions, with 11% ItV.