The benefits and potential downfalls of film funds and the strength of genre films were among topics covered during Frontières panel at BIFFF, hosted by EAVE and moderated by Tailored Films’ Ruth Treacy. 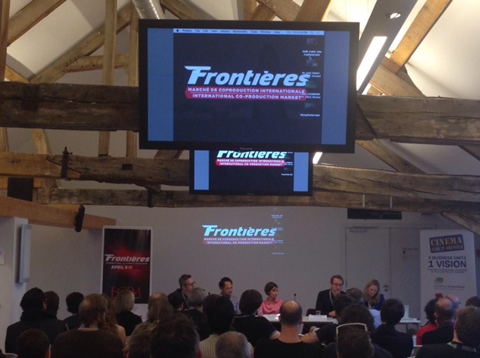 House of Netherhorror’s Jan Doense noted that one of the benefits of film funds in the European market when it came to genre films was that as it was soft money, they generally give “more artistic freedom”.

“The system gives the opportunity for original ideas to get funded in an easier way than in North America where there isn’t the support of a film fund.”

However, XYZ Films’ Todd Brown countered that support from film funds does have a potential downfall. “It’s certainly the company line about giving creative freedom, but what I see in Canada all the time is that it creates a cycle of dependence. Producers developing projects according to the tastes of the funding body as opposed to the tastes of the director or the writer or the audience.”

Talk turned to genre films in the international marketplace with Kinology’s Gaëlle Mareschi stating that “everybody wants to do horror movies because they think they’re super commercial and cheap to make”.

Citing her experiences with Cub, the first Flemish-language horror, Mareschi recalled that aside from the story, there was one other advantage that attracted them to the project.

“The potential for pre-sales was strong because it was a horror, and we did a lot of pre-sales on the promo at AFM. It was harder to wrap new sales after the film was shown, not because of the language, but because it was about kids killing adults.”

Having worked with Ti West, Glass Eye Pix’s Peter Phok brought up the DIY approach to film-making and just going out there and shooting without finance necessarily in place, adding that it’s increasingly become about “taking advantage of what you have” with the lack of film funds available in the US.

“A lot of films are put together mainly through equity and now all the states have a tax credit incentive, so we’ll get a script and as much as it’s about shooting where makes sense, you have to look at those incentives and start to build your budget around those,” explained Phok.

“It’s not a privilege to be a film-maker; it’s something that if you want to do, you do it. Even when I did make money at the start of my career, it wasn’t very much. You invest in yourself and you work with what you have.”

From his perspective, Brown commented that it wasn’t about the budget when it came deciding to back a project, but about the gap because “that’s the mountain you’ve got to climb, no matter where you are in the world” - “In the US with the tax credits system, your gap is going to be 70-75% of your budget; in Europe, if you’re able to stack things up, it’s usually in the 30-40% range.”

Noting the development of US/Germany co-production Stung, Brown said that when it comes to the soft money available in Europe, it was about what “was plausible, not even what was possible”.

Lessons to be learned

The panel ended with a look at what US and European models could learn from each other, with Doense believing that film funds “should be much more aware of what the audiences want, and not just settle for the biggest, general audience”.

“In America, you have to be driven by the audience and when you work anywhere else, that changes fairly significantly and you have to cater to tastes of other bodies, politically. The politics of equity are simple: making more. If there’s an audience, you can make it as long as you can make a financial case,” expanded Brown.

He concluded: “One of the greatest strengths here is that it is so easy in the US to put a year-and-a-half on something, not receive a cent and just see the project disappear because somebody over there was making a similar movie and beat you to it. Whereas here, you have a system here that allows for development, allows people to really work their scripts and will support that. That’s a huge, monstrous advantage.”

The panel centred on the need for authenticity when it came to cross-media marketing, including potential transmedia projects such as Alleluia’s online magazines and a video game of horror-comedy short Fist of Jesus (“Life of Brian meets Braindead”).

Cross-media marketing could “amplify traditional marketing” in terms of creating an audience for a film prior to release, agreed the panel, but it was noted that an expert  with knowledge of the area was essential to a cross-media campaign’s success.