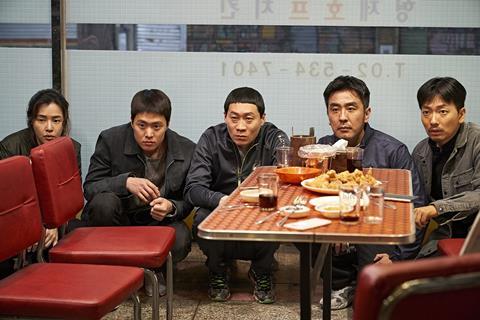 In South Korea, CJ Entertainment’s action comedy Extreme Job has become the second biggest hit in history after reaching a total of more than 14.5 million admissions today (February 18), according to the Korean Film Council (KOFIC).

Directed by Lee Byoung-heon (Twenty), Extreme Job follows a team of narcotics detectives that goes undercover working at a fried chicken joint to bring down an organized crime gang. Their plans go awry when their chicken recipe is so good the place becomes the hottest eatery in town.

The mid-budget comedy edged out lavish CGI fantasy film Along With The Gods: The Two Worlds which was released December 20, 2017 and picked up more than 14.4 million admissions total.

The top all-time box office record holder is still the period naval film Roaring Currents with a total of 17.6 million admissions from 2014. Starring Choi Min-shik and Ryu Seung-ryong, the film was released on 1,587 screens.

Incidentally, CJ Entertainment has sold Indian remake rights for both these films to Reel Life Production, both to star Salman Khan.