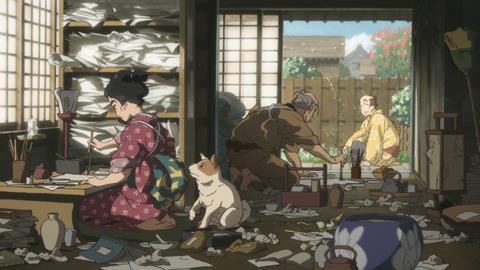 Based on Hinako Suguira’s manga Sarusuberi, the film centres on the relationship between ukiyo-e (woodblock prints) artist Katsushika Hokusai and his talented daughter O-Ei.

The first wave of titles also includes the world premieres of horror omnibus Tales of Halloween, featuring segments directed by the likes of Darren Lynn Bousman, Neil Marshall and Lucky McKee, and Israeli duo Yoav & Doron Paz’s Jeruzalem which follows a group of American teenagers who find themselves inside their worst nightmare when they visit Jerusalem on Yom Kippur.

This year’s festival will also host the international premiere of Eiichiro Hasumi’s sci-fi comedy Assassination Classroom, based on the popular manga about a super-powered happy-faced alien who will destroy Earth if the school kids don’t do their homework.

Festival hit and SXSW audience award winner Turbo Kid, from François Simard, Annouk Whissell and Yoann-Karl Whissell, will receive its Canadian premiere at Fantasia, marking its return to the place of its birth as the project came out of the first edition of Fantasia’s Frontières market.

Other first wave highlights include the world premieres of Gabriel Carrer’s The Demolisher and Joseph Sims-Dennett’s Observance, the North American premiere of Mari Asato’s Fatal Frame and the Canadian premieres of Miguel Llansó’s Crumbs and Jason Lei Howden’s Deathgasm.

This year’s poster [pictured right] has been designed by Montreal artist Donald Caron and depicts the Cheval Noir, the official festival emblem, facing the Native American mythical creature the Wendigo.

Fantasia’s full line-up of screenings and events will be announced on July 7, preceded by a second wave of announcements in June.