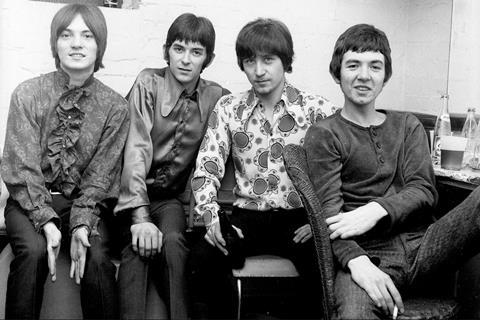 Influential British band The Small Faces will be the subject of a feature documentary and a narrative feature film.

The projects are based on Carol Harrison’s West End musical All Or Nothing The Mod Musical, which follows the rise and fall of the band – it most recently played at The Ambassadors Theatre from March-May in 2018.

Harrison is producing the documentary with Mark Vennis of UK sales and production outfit Moviehouse Entertainment and Scott Millaney of MGMM Studios. The latter company, which has been behind 2014 SXSW doc Soul Boys Of The Western World, has acquired exclusive worldwide film and TV rights to the stage production.

The archive-based documentary is now in production and is scheduled for delivery in Q3 2019. Moviehouse will launch sales at the upcoming American Film Market in LA. Brian Grant is directing the project.

Separately, Carol Harrison has written an original screenplay drama based on the same material, which will also be produced by Moviehouse and MGMM.

The Small Faces were a rock band from London known for songs including Itchycoo Park, Lazy Sunday, All or Nothing, and Tin Soldier. Two of its founder members, songwriter Steve Marriott and bass guitarist Ronnie Lane, died in 1991 and 1997 respectively.

“When the opportunity to become involved in a project about The Small Faces I jumped at it. I’ve been a fan of their music since I saw them in the 60’s,” said director Grant.