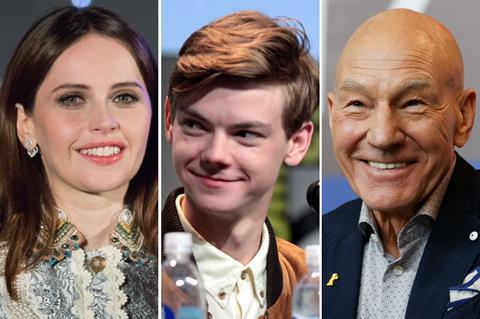 Freddie Highmore (Finding Neverland), Meera Syal (Doctor Strange), Sanjeev Bhaskar (Absolutely Anything) and Nonso Anozie (Cinderella) are also in the cast of the film, which follows a trio of heroes: young silver dragon Firedrake (Brodie-Sangster), Sorrel (Jones) the mountain brownie and a boy called Ben (Highmore) as they embark on an adventure and battle against a dragon-killing machine called Nettlebrand (Stewart).

Based on Cornelia Funke’s novel of the same name the film is being written by Johnny Smith (Gnomeo & Juliet) and directed by Tomer Eshed.

Producers are Constantin Film’s Martin Moszkowicz and Oliver Berben with co-producers Cyborn, RiseFX and Lumatic. Timeless Films is handling worldwide sales. The film is scheduled to be delivered in autumn 2019.

“I am thrilled to see so many great artists joining Tomer Eshed and his creative team for the next outstanding animated family film event from Constantin Film,” added Constantin Film CEO Martin Moszkowicz.