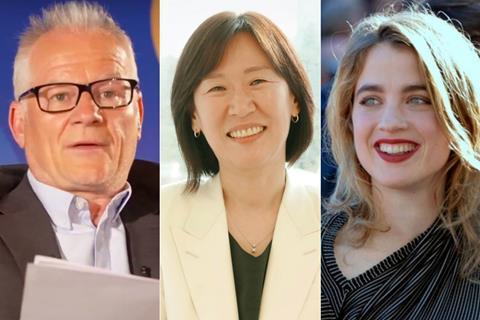 Cannes Film Festival delegate general Thierry Frémaux, French actress and gender equality activist Adèle Haenel, and a number of the key cast and crew of Oscar-winning picture Parasite are among the some 400 international film industry professionals invited to join the US’ Academy Of Motion Picture Arts and Sciences (AMPAS) on Tuesday June 30.

With 49% of the 819 invitees hailing from 68 countries outside of the US, the latest round of invitees was one of the most international selections ever.

France was one of the best-represented territories in terms of invites. Haenel, whose recent credits include Portrait Of A Lady On Fire, is among 35 French cinema professionals invited to join the Academy. She is a high-profile feminist and activist who went public last year with allegations against director Christophe Ruggia that he molested her as a teenager.

She was back in the news in early 2020 when she walked out of the ceremony for the French César awards after Roman Polanski was feted with best director for An Officer And A Spy amid controversy over fresh sexual abuse allegations which he denied.

Polanski himself was expelled from the Academy in 2018 in relation to historic sexual abuse allegations, in the wake of the rise of the MeToo movement.

Further French invitees included distributor and Le Pacte CEO Jean Labadie; Oscar-nominated Les Misérables filmmaker Ladj Ly and its producers Toufik Ayadi and Christophe Barral; producer Rosalie Varda, who worked closely with her late mother Agnès Varda in the final decade of her life; and director Mati Diop, whose debut feature Atlantics was acquired by Netflix and made it into the nomination long list in the international film category.