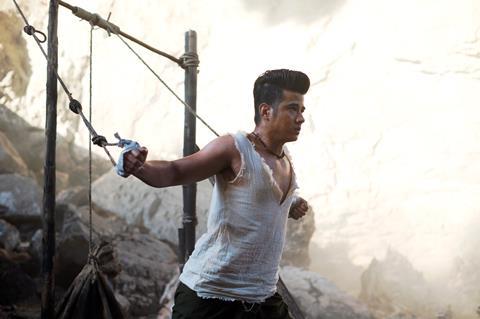 Directed by Kongkiat Khomsiri, whose credits include Khun Phan 1 and 2, Khun Phaen Begins is scheduled for an October release.

It Could Be Him, which will open locally on March 28, is a romantic comedy about two best friends who fall for the same girl. It is directed by Bungfai Team, a group of directors led by top comedian Petchthai Wongkhamlao (aka Mum Jokmok). Like M Pictures’ sleeper hit E-San Love Story, the new film is set in the E-San region in northeast Thailand and stars Petchthai along with a young cast.

Action thriller Nemesis is about a female psychiatrist and a patient with split-personality disorder, who becomes violent at night. It is directed by Gunparwitt Phuwadolwisid (Three Marks Of Existence).