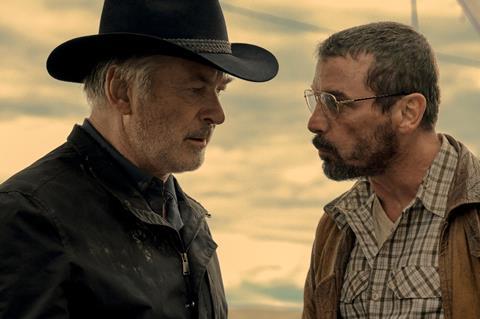 Production has wrapped in Montana and Georgia in the United States on the story of William (Daniel Diemer), a teenager who aspires to emulate his legendary storm chaser father Bill Brody, who was killed on the job.

When greedy businessman Zane Rogers (Baldwin) transforms Brody’s legacy into a tourist attraction, William runs away from home and teams up with his father’s old partner Roy (Ulrich) and enters the world of storm chasing.

William’s mother (Heche) joins his classmate (Jordan Kristine Seamón) in a desperate bid to find her son as Rogers leads a group into the eye of the most dangerous supercell storm ever seen.

Herbert James Winterstern directs from a screenplay he co-wrote with Anna Elizabeth James.