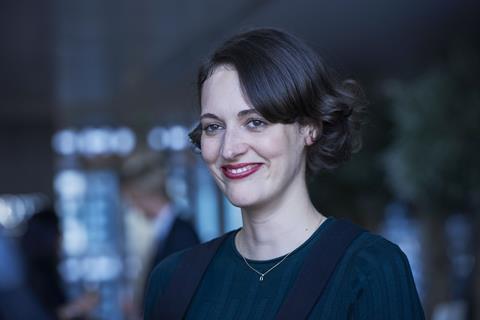 Fleabag and its creator Phoebe Waller-Bridge led a strong showing by British talents at the 71st Primetime Emmy Awards on Sunday night (September 22), with the series-winning the best comedy prize and three other awards.

Other British winners included Jodie Comer, named best lead actress in a comedy series for BBC America’s Killing Eve, Jesse Armstrong, who won the drama series writing Emmy for his HBO show Succession, and Ben Whishaw, named best supporting actor in a limited series for his performance in A Very English Scandal, also made for the BBC and Amazon.

Accepting his award, Armstrong joked: “Quite a lot of British winners. Maybe too many? Maybe you should have a think about those immigration restrictions.” Audio on Fox network’s broadcast cut out for the next few seconds of Armstrong’s speech, most likely so as not to air inappropriate language. According to Twitter posts from people at the ceremony, he mentioned “shithole countries,” an apparent reference to reports of comments about immigration made earlier this year by US president Donald Trump.

Waller-Bridge was on the receiving end of an even bigger surprise when she took the lead actress in a comedy series Emmy, which had been expected to go to Julia Louis-Dreyfus (a six-time past winner) for her work on the final season of HBO’s Veep, which was completely shut out on the night.

The Fleabag creator also won the writing for a comedy series prize, and the show delivered the best comedy series directing award for Harry Bradbeer.

Other UK talents who took to the stage to receive awards were Black Mirror creator Charlie Brooker, whose Bandersnatch anthology instalment won the best television movie Emmy (a third win in the category for Black Mirror episodes), and John Oliver, whose Last Week Tonight With John Oliver was named best variety talk series.

Among British talents who were nominated but came away from the ceremony empty-handed were Game Of Thrones cast members Emilia Clarke, Kit Harington, Gwendoline Christie, Lena Headey, Sophie Turner, Maisie Williams and Alfie Allen. On a mixed night for the series, Game Of Thrones won the best drama but only produced one acting win out of multiple nominations, for Peter Dinklage in the supporting actor category.