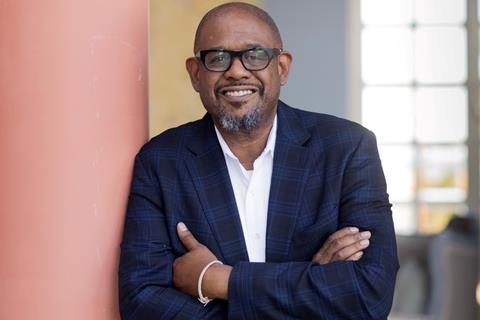 Academy-award winning US actor,  director and producer Forest Whitaker will receive the honorary Palme d’Or at the opening ceremony of the 75th edition of the Cannes Film Festival (May 17-28).

Whitaker first attended Cannes in 1988 as the star of Clint Eastwood’s Bird where he won the best actor prize. He has since returned to the festival for Bill Duke’s A Rage in Harlem, Abel Ferrara’s Body Snatchers, and Jim Jarmusch’s Ghost Dog: The Way of the Samurai.

He has also produced Cannes’ titles Ryan Coogler’s Fruitvale Station, Dope by Rick Famuyiwa, Chloé Zhao’s Songs My Brothers Taught Me and Christophe Castagne and Thomas Sametin’s For The Sake Of Peace which will premiere in the Special Screenings section of this year’s edition.

”Thirty-four years ago, attending Cannes for the first time changed my life, and assured me that I’d made the right decision to devote myself to finding connectivity in humanity through film,” said Whitaker. “It’s always a privilege to return to this beautiful festival to both screen my own work, and to be inspired by many of the world’s greatest artists – and I feel incredibly honored to be celebrated as part of the Festival’s momentous 75th anniversary.”