Film to receive US premiere at New York Film Festival on Sept 30. 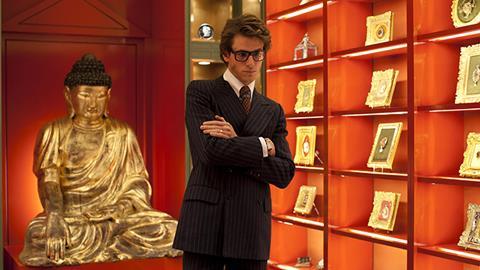 The picture is set to premiere in the US at the New York Film Festival on Sept 30. Sony Pictures Classics is handling its US release.

It will hit French cinemas on Wednesday (Sept 24), distributed by EuropaCorp.

The film stars Gaspard Ulliel as the iconic designer with support from Jeremie Renier as his long-time partner Pierre Bergé and Lea Seydoux as model and muse Loulou de la Falaise.

It focuses on the period 1967 to 1976 when the designer was at the height of his powers but also battling with drink, drugs and depression behind the scenes.

It was produced by Eric and Nicolas Altmayer of Paris-based Mandarin Cinema and EuropeCorp with support from co-producers Arte Cinema and Orange Studio.

Ironically, the film nearly did not see the light of day after Bergé expressed his disapproval of the project and Bonello’s depiction of his late lover.

He favoured instead Jalil Lespert’s rival film Yves Saint Laurent, which was being developed and sold near simultaneously but ended up shooting six months earlier and going on release at the beginning of 2014 after Bonello’s project stalled due to the controversy.

Bonello’s stylish portrait, which premiered at Cannes, focuses on the years from 1967 to 1976, a period when Saint Laurent was at the height of his creative powers but was also going through a complicated time in his personal life.

The French selection process is managed by the country’s National Cinema Centre (CNC).