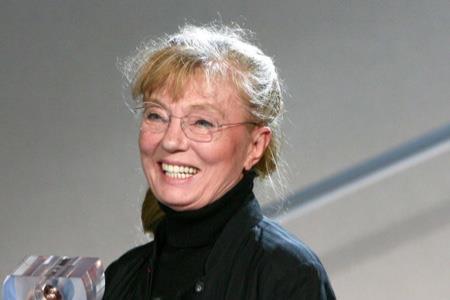 Veteran German-French producer Margaret Ménégoz has been appointed interim president of France’s Academy of Cinema Arts and Techniques which organises the national César awards. It follows the resignation of the whole board earlier this month amid mounting industry criticism of way the organisation was run.

Ménégoz’s official role is interim president of the Association for the Promotion of Cinema (APC), the not-for-profit body which oversees the Academy of Cinema Arts and Techniques, which is also known as the César Academy. She was a board member of the APC prior to its resignation on February 13.

Ménégoz replaces long-time president Alain Terzian who fell from grace after it came to light he had denied requests for filmmakers Claire Denis and Virginie Despentes to be invited as sponsors by young actors attending its annual Dîner des Révélations event, focused on emerging talent.

The incident sparked deeper scrutiny of the César Academy and growing film industry criticism against a lack of transparency, gender equality and diversity at the 45-year-old body, which in turn led to Terzian’s resignation with the rest of the APC board.

Ménégoz’s appointment was made at a meeting on Wednesday organised by France’s National Cinema Centre, which has been called into mediate in the crisis.

She is best known internationally as the long-time managing director of Les Films du Losange, the Paris-based production company created by Barbet Schroeder and the late Eric Rohmer in 1962 which also has strong ties with Michael Haneke. She also presided over the French cinema export body Unifrance from 2003 to 2009.

The CNC said in a statement  the APC would meet for an extraordinary general meeting (EGM) on April 20 to adopt new statutes aimed at modernising the organisation and appoint an interim board to replace the resigned members.

Ménégoz’s appointments comes just two days before the 45th César ceremony. The event  is due to take place in the Salle Pleyel in central Paris but is mired in a separate, not unrelated, controversy sparked by the fact Roman Polanski is the front-runner with 12 nominations for An Officer And A Spy.

The nomination announcement on January 29 came less than three months after fresh allegations by a French photographer that she had been raped by the director at a ski chalet in Gstaad in the 1975.

It sparked outrage from female rights activists who have long been up in arms against the feting of Polanski due to a sexual abuse case involving a 13-year-old child in Los Angeles in 1977, for which he has never stood trial despite pleading guilty to statuary rape at the time. They have pledged to picket the red carpet arrivals on Friday.

Polanski denied the fresh allegations in November - the fifth such accusation against him since the 1977 case - saying they had been timed “to sabotage” the release of An Officer And A Spy but the affair has divided the French film industry and public alike.

France’s secretary for equality Marlène Schiappa is one of those to have waded into the debate, asking publicly what the show of support for Polanski and his film from the César Academy members said about the French film industry’s commitment to stamping out sexual harassment and gender inequality in the wake of the #MeToo movement.

Although the nominations controversy was not the direct cause of Terzian and the rest of the board’s departure, some professionals suggest the Academy’s support of Polanski was indicative of the gender imbalance and lack of fresh blood in its membership, which currently has a 65:35 male to female split.

With the ceremony now just two days away speculation is rife as to whether Polanski will attend the event. A spokesperson for the director quashed a report on French news channel LCI that his attendance was confirmed.

“Roman Polanski has not yet taken a decision regarding his eventual presence. It’s false to say that he will be there on Friday,” a spokesperson said in a statement.

Beyond the red carpet, it is unclear how Polanski will be received by industry professionals inside the Salle Pleyel.  Actress Adele Haenel, who is nominated for best actress for her performance in Céline Sciamma’s Portrait Of A Lady On Fire, said in a recent interview with The New York Times  that “distinguishing Polanski” was like “spitting in the face of all victims” of sexual abuse.

“It means raping women isn’t that bad,” said the actress.

The actress hit the headlines in November when she took the rare step for France of going public with allegations that director Christophe Ruggia molested her as a teenager. She went on to lodge an official police complaint and the case is under investigation. Ruggia has denied the allegations.