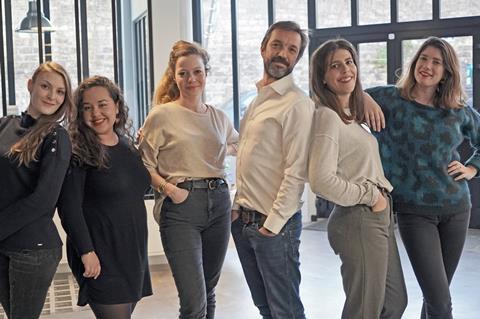 Louise Ronzet, who worked with Besse as a sales executive, has been promoted to head of sales. She will be assisted by international sales and marketing executive Jennyfer Gautier.

UDI has also hired Agathe Corbin as acquisition manager. She arrives from Paris-based sales company WTFilms where she was an acquisitions and production executive.

Irène Cadavid has also joined the company as festivals manager. She previously gained experience in the field at Memento Films International, Elle Driver and the French Institute in Paris.

Sister production company Urban Factory has also expanded with the hire of Maeva Savinien to oversee project development. The company’s 11 production credits to date include Good Manners, A Dark Side, Viramundo and Mobile Home. Savinien recently returned to France from Shanghai, where she spent seven years producing documentaries, ads and web series.

The new team’s first acquisition is Sweet Thing by US director Alexandre Rockwell, which will premiere in the Berlinale’s Generation Kplus section next month. Rockwell won Sundance’s grand jury prize in 1992 for comedy-drama In The Soup.

Long-time collaborator Will Patton features in the cast alongside Rockwell’s partner Karyn Parsons and their children Lana and Nico Rockwell, who previously appeared in their father’s 2013 work Little Feet.  Here, the youngsters play two siblings who break free from their dysfunctional family and set off on their own adventure.

Cinetic is representing US rights while UDI will commence sales for the rest of the world at the Berlinale’s EFM. The film is produced by Blackhorse Productions.

The film is currently in post-production for delivery Christmas 2020. UDI will tease first images at the EFM.

UDI and Urban Factory founder and president Frédéric Corvez said his new teams reflected the digital age challenges that have emerged for the film industry over the past decade.

“Not only have the teams changed, but so have the positions and marketing strategies. It’s a new set up with Agathe fully dedicated to acquisition with specific targets while marketing is part of every decision including the acquisition process.”

Corvez said the company would increasingly be looking beyond the A-list festivals for the films on its slate.

“A-list festivals have less impact on sales while an increasing number of films are competing to be selected. We need to find alternative ways to promote films in which strong identities are more valuable,” he said. “This can be translated into choosing to work on an arthouse animation in Annecy festival, a werewolf movie in Sitges or a political documentary in CPH:Dox.”

In spite of the challenges facing theatrical sales and distribution, Corvez said he believed they both still had a future.

“Theatrical distribution remains at the heart of cinema but the industry has to react and show creativity. The planet can’t eat American food only. Cinema has the capacity to offer haute cuisine.”