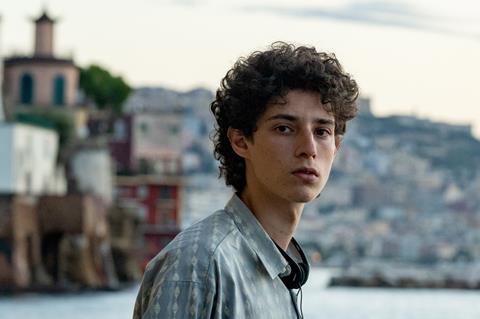 The Hand of God

The National Federation of French Cinemas (FNCF) has called on Netflix to abandon its plans to hold a series of theatrical screenings of its most prestigious titles of 2021 in cinemas across France in December.

“The FNCF calls on Netflix to renounce its project involving cinema theatres,” the body said in a statement on Wednesday (October 26).

The appeal comes amid growing disquiet among French distributors over plans by Netflix France for a series of paying theatrical preview screenings in independent cinemas from December 7-14.

Media reports suggest the selection will include Jane Campion’s The Power Of The Dog, Paolo Sorrentino’s The Hand Of God and Maggie Gyllenhaal’s The Lost Daughter. A spokesperson for the company confirmed the plans but said the initiative was “under reflection” and that the line-up had yet to be confirmed.

The FNCF, which represents most of France’s 2,045 cinema theatres, said Netflix’s move to showcase its original features theatrically is incoherent with current negotiations over how the platform will integrate into the country’s famously rigid media chronology system.

France’s strict windowing rules, which are tied up with the country’s intricate film and TV financing and investment obligation ecosystem, are currently in the final stages of a long-running reform to update them for the digital age to include the platforms.

Until now, the legislation has stipulated a 36-month window between a feature film’s theatrical launch in France and its SVoD release. As a result, Netflix has eschewed theatrical releases for its features in France, putting them directly onto its platform in the territory instead.

Under the reforms, this window could be shortened to as little as 12-14 months for SVoD releases depending on what percentage of their turnover a platform is prepared to put into local content, but the details of this are still under negotiation.

“For a number of months, all the cinema profession bodies have been locked in dialogue with the different platforms, and in particular Netflix, to find a way through which they can contribute to French production and integrate into the media chronology like all the other diffusers,” said the FNCF.

“Just as this dialogue is about to result in the signing of a coherent media chronology agreement, the FNCF has learned about this project to screen Netflix originals in theatres in December. If this goes ahead, it will be in contradiction of this constructive step forward.”

Additionally, the FNCF noted that the event was being mooted for a time when a raft of feature films produced expressly for a first theatrical release would be jostling for space in cinemas.

“The month of December is traditionally a strong month in terms of cinema attendance. The distributors, who are very fragile after the crisis [of the Covid-19 pandemic], are counting on this period enormously.”

The federation suggested the Netflix showcase would deprive the distributors of screens and cinemas for their films, while the marketing campaign around the initiative could also eclipse the promotion being done for the new films being launched theatrically during that period.

“For all these reasons, the FNCF calls on Netflix to renounce its project involving cinema theatres, out of responsibility and in cohesion with the discussions between all the professionals these past 18 months, and the prospect of a calm signing of a collective agreement.”

“Furthermore, it calls on everyone, particularly those involved in exhibition to take responsibility and not to endanger the foundations of the ecosystem on which this sector is built, especially the media chronology, and not to contribute to the further weakening of other sectors of the profession, in particular, that of the distributors.”