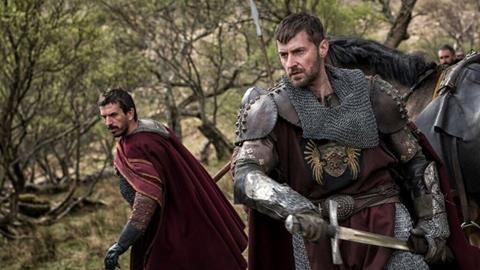 French film and TV lender Cofiloisirs has added London-based former Film4 and Momentum business affairs executive Andrew Hildebrand to its team in a bid to connect with UK productions and grow the company footprint in the market.

The firm has been looking to grow its presence in the UK for some time.

The French outfit has also been looking to grow its portfolio of international English-language productions and has recently lent to projects including Martin Koolhoven’s Dutch-German co-production Brimstone and Brendan Muldowney’s adventure-drama Pilgrimage, produced by Savage Films in Ireland and Wrong Men North from Belgium.

Souchier said: “Expanding into the UK seems a natural step for us. Andrew has wealth of experience and his relationships and deal-making expertise will be critical assets in Cofiloisirs’ continued evolution”.

Hildebrand added: “Cofiloisirs are very user-friendly. They understand what producers need and how to build long lasting relationships. And their European expertise is second to none.”

One of Europe’s top lending institutions, Cofiloisirs deals with a loan volume of around €500m ($565m) and helps finance around 100 film and TV projects each year.

According to insiders, it may only be a matter of time before it considers adding presence in the US as well.