Protagonist Pictures will introduce the project to buyers at the AFM. 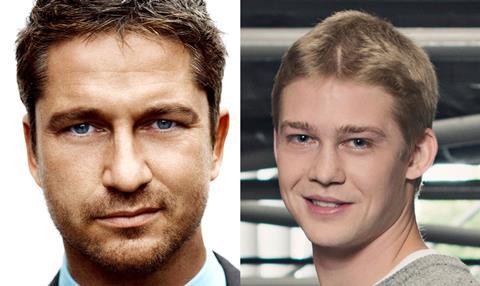 Sales agent Protagonist Pictures has boarded the project and will introduce to buyers at this week’s American Film Market (AFM) in Santa Monica.

Cross Creek Pictures (Hacksaw Ridge) is fully financing the film, which is set for an early 2017 shoot in the UK.

Andy Evans, Ade Shannon and Sean Marley are producing for Wales-based outfit Mad as Birds with Alan Siegel for G-BASE, Brian Oliver for Cross Creek and star Butler. Jason Seagraves will exec produce and Reg Poerscout-Edgerton will co-produce and is casting.

Set on an uninhabited island off the Scottish coast, the film follows three lighthouse keepers (Butler, Alwyn, Mullan) who arrive for their six week shifts. As they settle into their regular routines, they stumble upon an unexpected and life-changing secret.

Aside from directing 12 episodes of the original The Killing series, Nyholm’s credits also include UK miniseries The Enfield Haunting and forthcoming period adventure Taboo starring Tom Hardy for FX and BBC.

Nyholm commented on the casting news: “I feel incredibly fortunate to have Gerard Butler, Peter Mullan and Joe Alwyn leading the cast of Keepers - great actors who are deeply committed to this project, and who will go the distance.”

Protagonist CEO Mike Goodridge added: “This project has been close to our hearts for a couple of years now, so it’s exciting to see it come together with such a perfect cast. We have been waiting for Kristoffer Nyholm to commit to his first feature film, so are thrilled to be presenting this heartstoppingly suspenseful package to international buyers at AFM.”