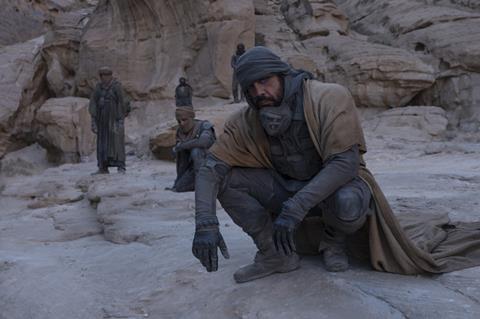 Warner Bros and Legendary’s Dune has returned to the top of the global box office chart, boosted by fresh openings in key markets such as North America, China, UK/Ireland and South Korea.

The film, which ranked eighth globally the previous weekend, grossed an estimated $40.1m on its North America debut, and $47.4m internationally – where it’s now in 75 markets. Total for international is $180.6m after six weekends of play, and the global total is $220.7m.

Second strongest for international with Dune was UK/Ireland, with a $7.5m estimate including previews, knocking No Time To Die off the top spot. The number is below the $8.3m UK/Ireland debut of Venom: Let There Be Carnage the previous weekend.

Dune debuted with an estimated $3.4m in South Korea (narrowly failing to knock Venom: Let There Be Carnage off the top spot) and $2.0m in Mexico (landing at the top of the chart).

In cumulative totals, France leads the way among international markets with $27.4m after six weeks of play, ahead of China, Russia/CIS ($20.8m), Germany ($18.9m) and Spain ($8.8m). UK/Ireland should soon go shooting up this territory table, which China will soon lead.

The drop rate among holdover markets was 38% – considered decent for a studio tentpole. Takings at Imax screens are $29.1m globally – 13% of the total.

Warner Bros estimates that Dune is tracking level with Tenet at the same stage of its run in like-for-like international markets. Tenet grossed $305m for international. Dune is well ahead of Tenet’s pace in North America, so Denis Villeneuve’s film should exceed Tenet’s final global tally of $364m. Dune has yet to open in Australia, where it’s set to land on December 2.

Cumulatively, top for the region is Russia, with $30.3m – the eighth biggest Hollywood film of all time.

For Latin America, Mexico leads the way with a $19.8m cumulative total, ahead of Brazil with $9.0m. For Asia, South Korea leads with $14.2m so far.

Universal and MGM’s No Time To Die broke the $500m barrier at the weekend, also becoming the second biggest US studio film of the pandemic era, behind only Fast & Furious 9 ($717m).

Although UK/Ireland led the running on the film for the first three weeks of release, and has achieved the highest international total, successive strong holds in Germany saw the territory eclipse UK/Ireland for the latest weekend box office.

No Time To Die grossed an estimated $6.6m in Germany in its fourth weekend of play (taking the total to $56.0m), and an estimated $6.2m in UK/Ireland. Total for the latter broke through the $100m barrier and is now $106m.

For its first week of release, Universal’s Halloween Kills proved fairly modest in its initial 20 international markets, but was buoyed by a strong opening in North America. For the second session, the score is much more even, thanks to fresh international territory openings.

UK/Ireland led the way among international holdover markets, and also leads on cumulative totals, with $4.4m. 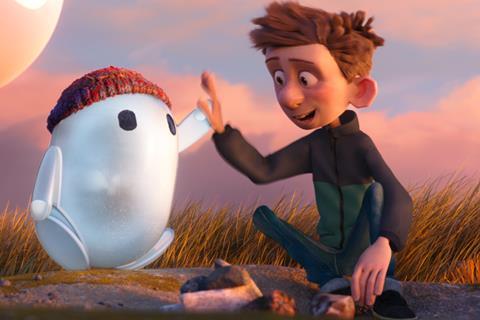 The first feature from new UK studio Locksmith Animation performed best in Russia/CIS with an estimated debut of $1.2m. For cumulative totals, UK/Ireland leads the way with an estimated $2.4m after two weekends of play.

This coming weekend, Ron’s Gone Wrong lands in key markets Germany, Australia and South Korea as well as Austria, Sweden, New Zealand, Thailand, India and Taiwan. The China release has yet to be set.