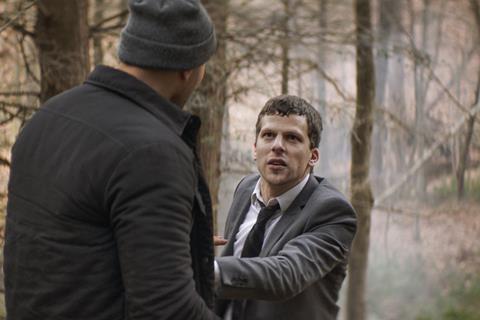 Kim Nguyen’s The Hummingbird Project is racking up the international sales for HanWay Films following its premiere as a Special Presentation in Toronto.

Jesse Eisenberg, Alexander Skarsgård and Salma Hayek star in the film about two men who take a chance in the world of high frequency trading in order to build a fibre-optic cable straight between Kansas and New Jersey, making them millions.

Pierre Even of Montreal-based Item 7 produce the film, while Automatik’s Brian Kavanaugh-Jones and Fred Berger serve as executive producers.