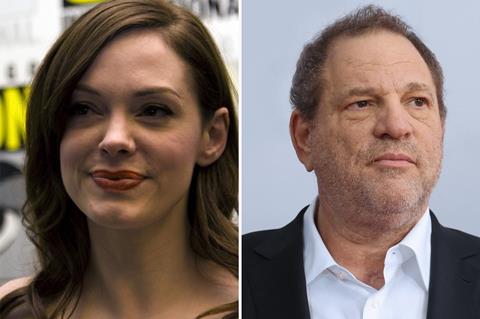 Harvey Weinstein’s lawyer has released a statement denying the allegations made against him by Rose McGowan.

The actress claims in her memoir Brave that the disgraced mogul raped her in a hot tub during the Sundance Film Festival in 1997.

The statement from Weinstein’s laywer Ben Brafman said the pair had consensual sex, and includes emails that it says corrobates Weinstein’s account of the incident from McGowan’s former manager Jill Messick and actor Ben Affleck.

The statement said: “As a general matter, Harvey Weinstein and his attorneys have refrained from publicly criticizing any of the women who have made allegations of sexual assault against Mr. Weinstein despite a wealth of evidence that would demonstrate the patent falsity of these claims. Watching the “performance” by Rose McGowan as she looks to promote her new book however, has made it impossible to remain quiet as she tries to smear Mr. Weinstein with a bold lie that is denied not only by Mr. Weinstein himself, but by at least two witnesses, including Ms. McGowan’s own Manager at the time who Ms. McGowan claims to have confided in the day after the alleged assault and an A-list actor Ben Affleck who Ms. McGowan claims to have also told about her encounter with Mr. Weinstein shortly after the incident she now describes as “rape”, but which in 1997 she described to her Manager as a “consensual” act of sex.

“In an email to Mr. Weinstein regarding the encounter, Jill Messick says the following, “When we met up the following day, she hesitantly told me of her own accord that during the meeting that night before she had gotten into a hot tub with Mr. Weinstein. She was very clear about the fact that getting into that hot tub was something that she did consensually and that in hindsight it was also something that she regretted having done.”

“Ben Affleck expressed the following in an email to Mr. Weinstein, ’She never told me nor did I ever infer that she was attacked by anyone. Any accounts to the contrary are false. I have no knowledge about anything Rose did or claimed to have done’.”

Weinstein has faced allegations of sexual assault and rape from more than 80 women. He has “unequivocally” denied all claims of non-consensual sex.