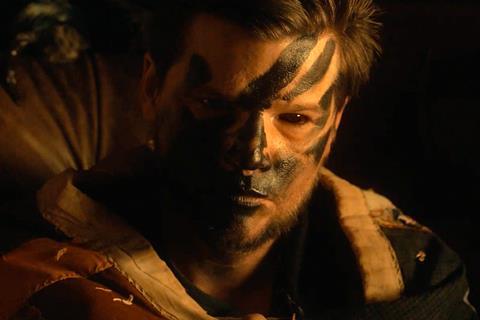 Source: The Secret Of Sinchanee

High Octane Pictures has acquired international rights to the Steven Grayhm paranormal thriller The Secret Of Sinchanee from Dallas Buyers Club executive producer Joe Newcomb ahead of the film’s day-and-date US release next month.

It will launch in the US and receives its UK premiere at Raindance Film Festival on Thursday (October 28), the day before its official UK release. Vertical Entertainment releases in both territories.

After the untimely death of his father, Will Stark (Grayhm) an industrial tow truck driver who suffers from insomnia, returns to his childhood home only to discover that a paranormal presence has been living in the house and haunting the sacred land it was built on.

Grayhm, who wrote, directed and produced the film shot on location in Erving, Massachusetts, stars opposite Green Beret and ex-NFL player Nate Boyer (Mayans MC) and Tamara Austin (The Walking Dead), who play Boston homicide detectives lured to a small-town after the disappearance of a single mother. Newcomb also serves as executive producer on The Secret Of Sinchanee.

“This is a deeply personal film that tackles incredibly challenging themes of xenophobia, childhood trauma, and mental health issues, testing the confines of the horror/thriller genre,” said Grayhm.

Mark A. Silba, head of acquisitions at High Octane Pictures said, “We are absolutely honoured to be able to bring this film to foreign audiences. Steven’s directing style is heaps above most of the filmmakers working today and we are excited not only for what Sinchanee can do but what Steven will bring next.”

Sinchanee won best film score and best writer for Grayhm at the 2021 Santorini Film Festival in Greece,and will receive its UK premiere at Raindance Film Festival on Thursday (October 28), the day before its official UK release.