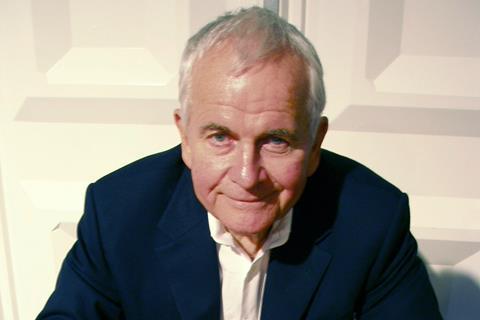 UK actor Ian Holm, famous for his roles in Chariots Of Fire, Alien and the Lord Of The Rings trilogy, has died in London aged 88.

His agent told The Guardian: “It is with great sadness that the actor Sir Ian Holm CBE passed away this morning at the age of 88. He died peacefully in hospital, with his family and carer. Charming, kind and ferociously talented, we will miss him hugely.” They added that his illness was Parkinson’s related.

Holm made his name on stage at the RSC in the 1960s, going on to win a Tony for his performance in Harold Pinter’s The Homecoming. However he moved away from theatre after suffering severe stage fright during a performance of The Iceman Cometh in 1976.

His first major film roles were as the android Ash in 1979’s Alien and as the athletics coach Sam Mussabini in Chariots Of Fire. The latter role earned him a Bafta and a best supporting actor Oscar nomination.

Just a few of his other notable film roles include Time Bandits, Brazil, Kenneth Branagh’s Henry V, The Sweet Hereafter and The Fifth Element.

Holm won new fans in the 1990s after appearing as Bilbo Baggins the Lord Of Rings trilogy, having previously played Frodo in the acclaimed 1981 BBC radio adaptation.

Holm said of his career: “I’ve always been a minimalist. It was Bogart who once said, ‘If you think the right thoughts, the camera will pick it up’. The most important thing in the face is the eyes, and if you can make the eyes talk, you’re halfway there.”

He is survived by his fourth wife Sophie de Stempel, and his five children.