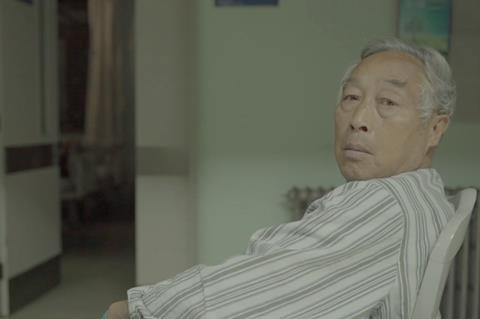 Four Journeys is described as an intensively personal film by Hothothot who was born Louis Yi Liu in China. He now lives in Amsterdam. The film  focuses on the destructive influence on a Chinese family of the one-child policy, which was introduced in 1979. Hothothot himself was born in China in 1986, as an “illegal” second child.

The International Competition line-up includes the world premiere of Giovanni Buccomino’s After A Revolution, a Libyan-Italian co-production about two siblings supporting opposing sides in the 2011 Libyan revolution.

For the 34th edition that runs from November 17-28, IDFA has undergone a major overhaul of its competition sections, launching two new main competitions, both with juries and cash prizes. The International Competition presents 14 world, international, or European premieres of films of over 60 minutes in length. There will be prizes for best film, best director, best editing and best cinematography.

The Envision Competition allows for more experimental features, with 15 world, international, or European premieres of films that are over 40 minutes in length. A separate jury will choose the winner of the Envision Award and present prizes to best director and for outstanding artistic contribution.

Additionally, IDFA has introduced cross-sectional prizes to films screening in these two competitions as well as the Luminous and Frontlight sections. These will be for best first feature, best Dutch film and the Fipresci award.  There will also be a prize for the best creative use of archive from across the entire programme.

”The documentary field is being confirmed as a future-proof art form that is unapologetically open, diverse, and continuously developing,” said artistic director Orwa Nyabia at today’s (November 1) press conference. ”IDFA’s new programme structure, as much as IDFA’s filmmaker support and industry activities, is changing to reflect this. Today, we present a programme that is worthy of our return to cinemas.”

In additon to the Luminous and Frontlight selections, the festival has already revealed details of the IDFA Forum, and the films to be screened as part of the ’Top 10’, chosen by the festival guest of honour, the German writer and multi-disciplinary artist, Hito Steyerl,

All world premieres unless stated.

The One Who Runs Away Is the Ghost (Ger-China)
Dir. Qinyuan Le

All world premieres unless stated.

Darkness There And Nothing More (Neth-Cro) (88 mins)
Dir. Tea Tupajic

The Mirror And The Window (Neth) (93 mins)
Dir. Diego Gutiérrez