As the fund restructures, several previous grantees spoke on a Rotterdam panel about their struggles in local markets. 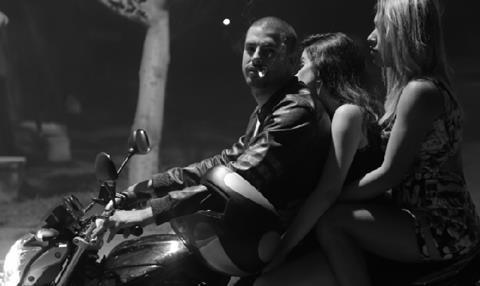 After the recent announcement that International Film Festival Rotterdam’s Hubert Bals Fund is restructuring, the scheme’s outgoing manager Iwana Chronis was at IFFR on Monday (Jan 30) with several fund recipients to discuss their distribution experiences.

Lipkes, whose feature Malaventura screened at IFFR in 2012, said the fund enabled his film to also receive support from the Mexican Institute of Cinematography, a grant he may not have received if he had not had the backing of the HBF fund.

However, his inability to screen the film for more than one week in Mexico’s multiplexes created challenges for the film-maker in earning a profit after DCP, digital rights and other screening costs.

Torres, whose HBF-supported features Refrains Happen Like Revolutions In A Song and Lukas The Strange both premiered at IFFR in 2010 and 2013 respectively, also discussed the tricky local distribution process he has faced, with the Philippines often only giving independent films one day to prove their cinema-worth.

“Hollywood movies makes up around 80% of our country’s theatre bookings, and the Filipino films that do get play are often mainstream comedies, so it’s incredibly challenging to get more than a week’s play at the box-office,” he said.

Meliande, whose HBF-supported 2010 film A Alegria (The Joy) and her more recent Don’t Swallow My Heart, Alligator Girl [pictured] which screened in Sundance last week, gave mention to Brazil’s political discourse, expressing concern that there could be greater set-backs in cultural funding.

“We need help in competing with US and Brazilian movies. We can’t release films by promoting to our Facebook friends,” added Meliande, who furthered that independent distributors and producers need more support.

Chronis responded with empathy, and mentioned expired HBF exhibition and digital production schemes that would have brought additional aid in this part of the distribution process.

But she queried the lack of applications towards these funds, particularly the exhibition fund that expired several years ago, that would often only receive five submissions over the course of the year.

She further referenced the current HBF+Europe distribution support fund that provides grant money in efforts to stimulate the promotion and circulation of international co-productions in Europe and beyond.

Chronis also took the opportunity to talk up an updated HBF-post production fund that is currently in the works and will be made available in the summer.