Image Nation Abu Dhabi is set for a high-profile 2018 with a trio of Arabic-language productions set for release, including local comedies Rashid & Rajab and Shabab Sheyab, and Saudi mermaid drama Scales. 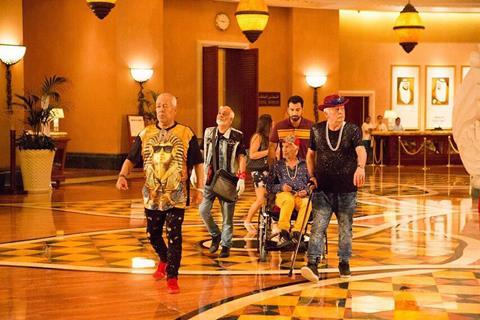 “This has been a very fertile time for us – the films are all in various stages of post-production,” said Image Nation CEO Michael Garin. “We should be getting the director’s cut for Scales next week, which is an exciting project from female Saudi director Shahad Ameen.”

The tale of four elderly friends whose humdrum lives are transformed when one of them inherits a fortune, Shabab Sheyab is set for release early next year by pan-Arab production and distribution house Tanweer, which also co-produced the feature.

“I think that could be our most popular film because it has the broadest appeal, thanks to the subject matter, the casting and involvement of Mohammed,” said Garin.

Garin also noted that some of the most significant developments for Image Nation have been on the television side, led by the success of its legal drama Justice, which premiered on pan-Arab network OSN this September, in a deal brokered by IM Global Television.

It is now pushing on with the development of a film and TV adaptation and spin-off of Saudi novelist Ibraheem Abaas’s best-selling supernatural, djinn tale HWJN, which is now at the writing stage.

Meanwhile, Ali F. Mostafa’s dystopian drama The Worthy, which was produced by Image Nation and screened at last year’s DIFF, was acquired by Netflix on the eve of this year’s festival.

“The most important thing I can say about Image Nation is that it has demonstrated to the world that this region is capable of producing content to international standards,” said Garin