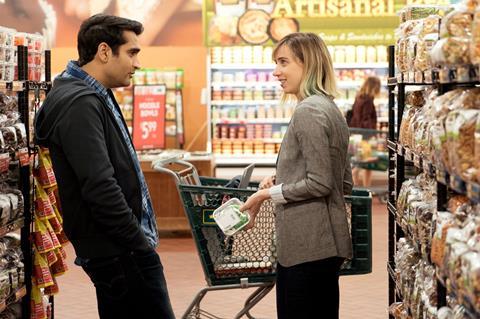 Apple has ordered a scripted anthology series dealing with the hot-button topic of immigrants in America from The Big Sick writers Kumail Nanjiani and Emily V Gordon, and writer-producer Lee Eisenberg.

Little America, which was previously in development for Apple’s eagerly awaited streaming service, has been ordered as a half-hour series.

Episodes will be inspired by true stories from the online publication Epic Magazine. According to Apple, the series will “look at the funny, romantic, heartfelt, inspiring and surprising stories of immigrants in America, when they’re more relevant now than ever.”

The series will be produced by Universal Television and showrunner Eisenberg (an Emmy-nominated writer-producer with credits including the US version of The Office and the Bad Teacher feature and spin-off series) will write and serve as executive producer alongside Nanjiani and Gordon, who were best original screenplay nominees earlier this year for The Big Sick (pictured).

Founded by journalists Bearman and Davis, Epic is becoming an important source for film and TV projects. A story from the site was used as the basis for 2013 best picture Oscar winner Argo and the publication has a first-look deal with Fox Film Studios.