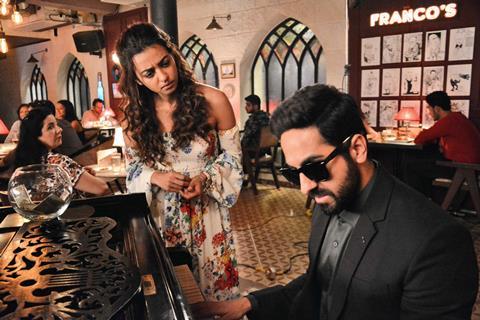 Indian thriller Andhadhun, produced by Viacom18 Motion Pictures and Matchbox Pictures, will be released in China through a partnership with Tang Media Partners.

Entitled Piano Player for its China release, the mid-budget film was a sleeper hit when it was released in India last October, grossing more than $10m.

Directed by Sriram Raghavan, the film stars Tabu, Ayushmann Khurrana and Radhika Apte in the story of a blind piano player who becomes witness to a murder. Eros International is handling the film’s international distribution and has partnered with Viacom18 Motion Pictures for the China release.

Under Chinese regulations, all foreign films must be imported through China Film and Export Corporation, and distributed by state-owned companies China Film Group or Huaxia Film Distribution, although local private companies can work on the marketing and distribution.

In the past few years, Indian films have been topping the box office in China, with wrestling drama Dangal, starring Aamir Khan, grossing $190m in 2017, and hits also including Secret Superstar, Bajrangi Bhaijaan and Hindi Medium.

Ajit Andhare, COO, Viacom18 Studios, said: “I am happy to announce that Viacom18 Studios has secured its maiden release in China and that too with our favourite film Andhadhun. I am very excited about our film’s prospect at the China box office and celebrating what is a major first for the studio.”

Kevin Tang, CEO, Tang Media Partners, added: “I am honoured to bring this highly rated film into China. This film will be the first India movie of its genre that is released in China. We will do our best job in its marketing and distribution campaign.”