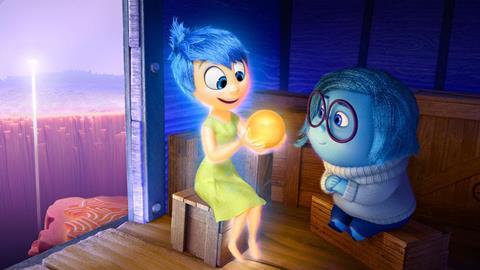 Receiving a new industry record release of 608 sites, Inside Out has enjoyed an auspicious start to its UK box office run.

Disney’s latest Pixar outing grossed a superb $11.4m (£7.35m) as it dethroned Ant-Man, ahead of what’s likely to be a lengthy run due to the school holidays and positive word-of-mouth.

In terms of Pixar outings in the UK, Inside Out posted the sixth biggest opening overall ahead of Up ($9.9m/£6.4m), but narrowly behind Finding Nemo ($11.5m/£7.38m). There’s every chance it could overtake the latter when final results are confirmed later today.

Based solely on Fri-Sun takings, Inside Out ranks as the fourth biggest ahead of Monsters Inc ($10.1m/£6.5m) and again currently just behind Finding Nemo.

The last Pixar outing in the UK, Monsters University, recovered from a slow start to gross ten times its opening and hit £30m. Inside Out is unlikely to have such a multiple given its stronger start, but there’s every chance it’ll be the latest 2015 release to hit the £30m mark.

As the school holidays kick into gear, Minions will shortly become the third film (and Universal’s second) of 2015 to hit the £40m mark.

The arrival of Inside Out means Minions now doesn’t have a clear run at the family market, but you still wouldn’t yet rule out £50m.

Also for Universal, Jurassic World has now become the ninth biggest film of all time in the UK following a sensational seventh weekend, dropping just 12% to add $1.55m (£1m) for a monstrous $95.4m (£61.48m).

The Lord of the Rings: The Fellowship of the Ring’s final UK result of $97.8m (£63m) could still be within Jurassic World’s reach. Jurassic World has also delivered 5.7m admissions on the Digital Cinema Media estate, making it the busiest film since Skyfall.

The debut marks director Antoine Fuqua’s fourth biggest UK opening overall, but is his third biggest Fri-Sun result, ahead of Olympus Has Fallen’s $2.5m (£1.59m). Southpaw could well prove to be savvy counter-programming for Entertainment over the coming weeks.

Asif Kapadia’s critically acclaimed documentary is now up to $4.1m (£2.64m), on par with (and soon to overtake) Touching the Void as the fourth biggest non-concert feature documentary of all time.

Robert Carlyle’s directorial debut The Legend of Barney Thomson enjoyed a decent $254,000 (£163,395) start from its 70 sites through Icon Film Distribution.