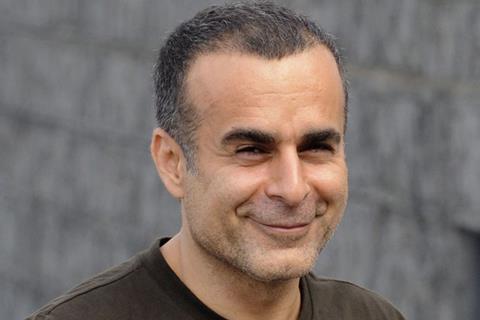 Exiled Iranian filmmaker Bahman Ghobadi has written an open letter to the Academy Of Motion Pictures Arts and Sciences (Ampas) suggesting a new initiative under which directors in exile would be given a chance to submit their films to the best international film category.

His idea takes inspiration from the Refugee Olympic Team (EOR) which participated at the Tokyo games this summer with 29 athletes hailing from 11 different territories, including Iran, Syria and South Sudan but living in 13 host countries.

“I  would like to address the concern of many filmmakers around the world, including me. We are filmmakers away from our home countries while we are still identified based on the countries we come from,” wrote the filmmaker, who has been a member of Ampas since 2017.

“I as an Iranian cannot live in my own country because of the Islamic regime of Iran. I have to live in exile just because I demanded my rights and freedom of speech. This is the case for many filmmakers around the world; these people cannot return to their home countries for different reasons and they have no other choice but to live in foreign countries. Despite being a member of Oscar Academy, due to my current condition, countries such as Iran and Turkey will not introduce me as their representatives.”

Ghobadi was born in the Iranian-Kurdish town of Baneh and moved to the Iranian capital Tehran after high school, where he forged a career in film. He broke onto the international film festival circuit in 2000 with A Time For Drunken Horses, which shared the Cannes Caméra d’Or for best first film after world premiering in Cannes Directors’ Fortnight.

It was Iran’s Oscar submission in 2000 and his 2004 Turtles Can Fly was also put forward to represent the country in 2004. Neither film was nominated.

Ghobadi’s focus on Kurdish history and stories put him at odds with the Iranian authorities who accused him of advocating for the separation of Iran’s Kurdish regions from the country, a charge he has denied. He left Iran in 2009 to live in Iraq and then Turkey.

His new film The Four Walls, which is listed as being Turkish and Kurdish, will compete in the Tokyo International Film Festival in October.

The filmmaker’s letter also raised the plight of dissident filmmakers – such as his Iranian compatriots Jafar Panahi and Mohammad Rasoulof – who continue to live in their countries but “have been deprived of their rights and are suffering in silence.”

“These brave filmmakers’ works are not only censored and banned by the regimes, but also they never get an opportunity to enter the Oscar academy. Jafar Panahi and Mohammad Rasoulof are good examples alongside a group of Russian and Chinese filmmakers who have to work under a lot of pressure and censorship,” he wrote.

Ghobadi said it was complicated putting forward his work for consideration.

”I don’t know what language I should use for making my movie so that it can be screened in other countries. The only thing I can do is to hope that a government will appreciate my art and introduce it to the academy,” he explained.

“I am sure that there are other filmmakers who have to suffer like me. Therefore, it would be great if we could have one representative from exiled artists. This happened at the Tokyo Olympics where a team of refugee athletics were also allowed to join the competition. There could be a refugee team of filmmakers; they can have their works viewed by a jury and eventually, one movie can be chosen from the refugee team.”

The director suggested that being able to be part of the Oscar race would help exiled and suppressed filmmakers to raise awareness around their work and their struggle.

“Such artists can gain a lot of publicity, which will provide them with more opportunities and financial support. I am making this request on behalf of other artists living in exile; artists who have the same condition as me. I hope you can give this issue your immediate attention,” he concluded.