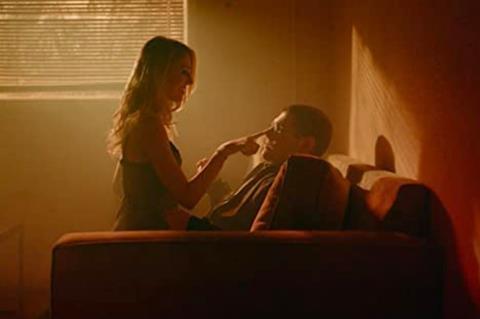 Joshua Webber’s Issac is a psychological thriller about a reclusive mortician who finds an instant connection with a waitress, with the two pursuing a revenge murder together. It shot earlier this year, produced by US company Webber Films. The cast is led by Breaking Bad star RJ Mitte, who is also a producer, and Dove Cameron; Studio Atlantic has world rights.

Michael Parks Randa and Lauren Smitelli’s Best Summer Ever is a musical about a high school American football player, who is shocked to discover the new girl at school is the same girl he fell in love with at a summer dance camp. The film shot in 2019, and premiered at Martha’s Vineyard Film Festival in Massachusetts, US in October 2020. It stars Rickey Alexander Wilson and Shannon DeVido, with appearances from Maggie Gyllenhaal and Peter Sarsgaard. Studio Atlantic has world rights excluding North America, which has gone to Hulu.

The third title is Philip Stevens’ UK title Lapwing, starring Hannah Douglas, Emmett J Scanlan and Skins alumnus Sebastian De Souza, written by Laura Turner. Set in England in 1555, it centres on a love affair between an English girl and a boy from an Egyptian family looking to make an illegal passage to Europe. The completed film shot in 2017; Studio Atlantic has world rights excluding UK-Ireland.

Both managing director Paul Thompstone and sales and acquisitions executive Sorin Baluta are in Toronto taking sales meetings during the festival. “Although traveling was a lot of hassle it is important for us to be at Toronto and show that we are present,” said Baluta.