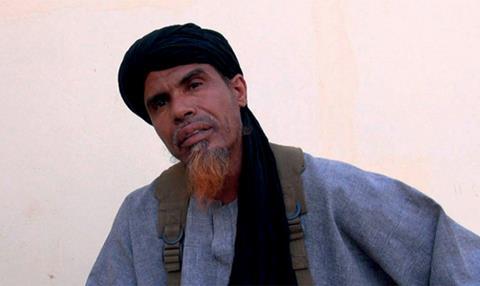 A French documentary, exploring the ideology of the ultra-conservative Islamic Salafist movement in Africa, is whipping up debate in France after the pro-Sharia and Jihadi beliefs freely expressed by interviewees in the work resulted in it being given an 18-certificate, effectively halting its theatrical release.

French film-maker François Margolin and Mauritanian journalist Lemine Ould M. Salem’s joint work Salafists (Salafistes) combines images of life under Islamic law, or Sharia, in the Malian cities of Timbuktu and Gao in 2012 and interviews with Salafist ideologues and followers in Tunisia, Mali and Mauritania.

The central criticism of the film is that it gives free rein to the interviewees to express their extremist beliefs without any counterbalancing commentary or points of view.

French Minister of Culture and Communication Fleur Pellerin said her decision had been based on the fact that the film included “scenes and speeches of extreme violence without any commentary.”

“As Minister of Culture and Communication it is my role during the attribution of a film certificate for a cinematic work to respect the work of the film-maker at the same time as taking into account the protection of minors,” Pellerin said in a statement released on Wednesday.

Prior to the minister’s decision several French media outlets expressed concerns about the format of the documentary featuring long, un-cut, pro-fundamentalist dialogues.

Some critics have suggested the work could influence youngsters already intrigued by the Salafist movement, others have described it is as little more than propaganda for Islamic extremist groups.

Prior to Pellerin’s announcement, state TV channel France 3 – which financed 20% of the documentary – had already told French media it would not air the work due to the lack of “commentary” and “distance”, regardless of the certificate it received.

Defending the work, co-director Salem, who spent time embedded with the militias in Timbuktu and Gao in 2012, said that his aim with the film was to show the reality of life under Sharia and explore the spread of the ideology in Africa.

The controversy is a sign of just how sensitive the issue of Islamic extremism is in France following terror attacks in Paris in January and November last year, involving young French citizens who had embraced Islamic fundamentalist ideologies.

The country remains in a state of emergency and parliament is currently debating anti-terrorism proposals that include stripping people convicted of terrorist offences of their French citizenship if they hold dual nationality.

Co-director Margolin, whose last work was the feature-length fiction drama The Art Dealer, expressed irritation at the 18-certificate ruling.

“It’s pure hypocrisy to claim it’s to protect minors when it’s 100% censorship - by restricting it for under 18s you’re essentially preventing its broadcast on television and making it difficult to show in cinemas,” he told French media.

He added that a handful of “brave” cinema theatres had decided to continue showing the film but that a number of scheduled youth screenings and debates had been cancelled as a result of the 18-certificate.

Made in France opts for VOD release

In another sign of the new era of caution in France following November’s attacks, French terror plot thriller Made in France will go on release on Friday, but only via VOD.

The film was due to have been theatrically released in November but distributor Pretty Pictures decided to cancel the launch after the attacks because its plot involving homegrown Islamic terrorists was too close to home.

Pretty Pictures chief James Velaise said he had decided to go the VOD route, rather than re-scheduling the release, after initial exhibitor support for the title waned.

“Cinemas were now being lukewarm, especially the circuits and multiplexes who were originally very positive on the film.” he told Screen.

“Instead of releasing on 20 screens, when originally the film was going to be released on approximately 100, we thought it better to be able to watch the film in the ‘safety and comfort » of one’s home,” he added.

The film will be available on most of France’s digital platforms on Friday and there will be around 20 one-off event screenings across the country to accompany the launch.

Alongside changing the release strategy, the film’s original edgy poster featuring an AK-47 incorporated into the form of the Eiffel Tower has been toned down and now there is just the Eiffel Tower.