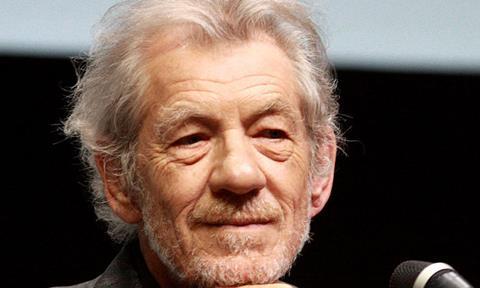 The İstanbul Film Festival (April 5-15) has unveiled the programme for its 36th edition.

Scroll down for lineups

Despite intensive political campaigning ahead of the Turkish constitutional referendum on April 16 and an ongoing state of emergency in the country following last year’s July putsch, festival director Kerem Ayan revealed the line-up at a relatively relaxed press conference in Istanbul.

The festival will host a total of 203 films in 21 categories from 61 countries in nine venues on both sides of the Bosphorous. Among those are 13 Turkish features getting their world premieres.

Among films to compete in the international competition are Toronto hit Lady Macbeth and French immigration drama This is Our Land.

While the number of international guests set to attend the festival is expected to be down on previous years due to a series of terror attacks in the city, notable guests will include actor Ian McKellen who will receive the Cinema Honorary Award at the opening ceremony on March 4.

The British actor will also give a talk on April 7 at the Bogazici University.

Despite lacking a main festival sponsor for the first time, Turkey’s premier international film event did gather funding from private sponsors and the Ministry of Culture and Tourism.

The jury of the international competition will be presided over by Kosmos director Reha Erdem.

Opening the national programme will be a Greek production, Notias by Tassos Boulmetis, who is originally from Istanbul.

Notias tells the strange tale of a young man in the 1970’s and 80’s mixing politics, mythology and love.

Among Turkish highlights at the festival are new films from directors Pelin Esmer, Orhan Eskikoy and Onur Unlu.

One of the leading directors of Kurdish cinema in Turkey, Kazim Oz’s new title Zer will compete for the Golden Tulip in both the international and national competitions.

This year’s festival slogan on posters is ‘Lift your head up, a call for audiences to watch films in theatres rather than looking down at their smart phones, tablets and other devices.

Industry development platform Meetings on the Bridge - organised within the scope of the festival for the 12th time - has for the first time been subsidised by the Istanbul Development Agency.

The head of Meetings on the Bridge, Gulin Ustun, announced the enlargement of this platform and its prizes. Scroll down for line-ups.