Jack Charlton documentary in the works from 'Bobby Robson: More Than A Manager' team 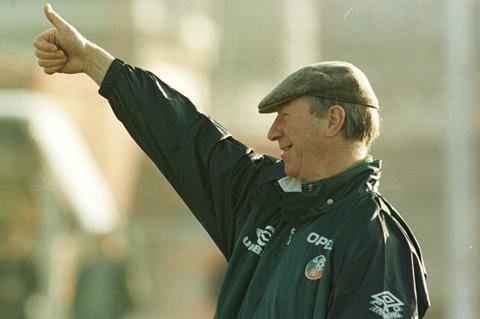 A feature documentary about the World Cup-winning football player and manager Jack Charlton is in production from London-based outfit Noah Media Group, which has credits including Bobby Robson: More Than A Manager and Steve McQueen: The Man & Le Mans.

Gabriel Clarke and Pete Thomas are directing the project, which will tell the story of how Charlton guided the Republic of Ireland national football team to their first World Cup in 1990. It is being lined up for a UK theatrical release next summer, to mark 20 years since the tournament, via Noah’s distribution arm NoahX.

Producers are John McKenna and Torquil Jones, with former Republic of Ireland captain Andy Townsend serving as executive producer. Charlton and his family are also partners on the project. The film will use archive footage alongside new interviews with footballing personalities.

Noah’s upcoming projects include cricket documentary The Edge, which is released in the UK on July 22. Steve McQueen: The Man & Le Mans played in Cannes Official Selection in 2015, while Noah’s Bobby Robson doc was sold to Netflix last year.