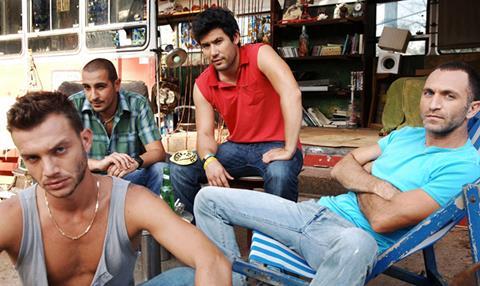 The pair — known as the creators and stars of popular shows such as Asfur and Ptzuim BaRosh (Scarred) — joined forces with childhood friend and director Oded Raz.

It is the second feature for Raz after The Journey To Astra, which was spun out of children’s TV series Galis.

In Maktub, Savyon and Amir play two mobster debt collectors who turn to philanthropy after they survive a terror attack. The trio unveiled a sneak preview of the Jerusalem-based caper.

An English-language remake of Asfur, about four men living on a farm, is soon to air on US network Fox as Hard Up.

Former Warner Bros executive John Wells acquired the remake rights in 2011. Adar Shafran of Firma Films, whose other credits include The 90 Minutes War and Fill The Void, is producing.