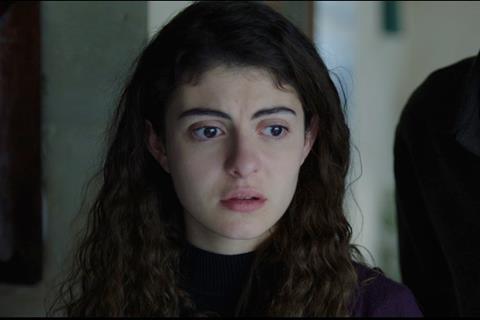 Filmed in Jordan and set in the Palestinian West Bank, the film was inspired by the true phenomenon of children conceived using the smuggled sperm of Palestinian prisoners imprisoned in Israeli jails.

It revolves around the fictional tale of a teenage girl who believes she was conceived from the sperm of a famous Palestinian activist serving a life term.

Her life falls apart when a chance DNA test reveals he is not her biological father, leading to the discovery that the sperm was swapped as it was being transported from the prison to her mother.

There has been growing criticism in recent weeks of the film from Palestinians with family members in Israeli jails, including one vocal protestor who had conceived her child in this way and felt the representation of the phenomenon was insensitive.

A social media campaign has also gathered momentum in recent weeks accusing Amira of undermining the Palestinian cause and even pushing for a normalisation of relations with Israel, even though the film at no point paints Israel in a favourable light.

Palestinian ministers are reported to have called on the Jordanian authorities to stop the screening and distribution of Diab’s film.

The Royal Film Commission said in a statement that while it believed in the artistic value of the work, it had decided to withdraw the film on the basis that the controversy could be damaging to the Palestinian cause.

“Its message doesn’t harm in any way the Palestinian cause nor that of the prisoners; on the contrary, it highlights their plight, their resilience as well as their willingness to live a decent life in spite of the occupation,” read the statement.

“However, in light of the recent huge controversy that the film has triggered and the perception by some that it is detrimental to the Palestinian cause and out of respect to the feelings of the prisoners and their families, the Royal Film Commission has taken the decision not to have Amira representing Jordan for the Academy Awards 2022.”

Amira is Diab’s third film after 678, which explored sexual harassment in Egypt, and post-revolutionary drama Clash.

It world premiered in Venice Film Festival’s Horizons section in September and has been touring the autumn festival circuit, including stops at El Gouna and Carthage.

It was due to play at sold-out screenings at the Red Sea International Film Festival today (December 9) and tomorrow (December 10). In light of the controversy, however, the producers have decided to pull the film from the festival.

The producers also issued a statement pushing back against the criticisms.

“The film presents the suffering, challenges and heroic practices of the prisoners and their extended family and unveils the perseverance of the Palestinian character that continues to find ways to survive and be sustained and attempts to deeply dive in the significance of ‘children of freedom’ to the Palestinian people,” it read.

They said the plot of switching sperms had been chosen “to address an existential, philosophical question about the essence of human choice and would one make the same choices if born/raised in different conditions”.

They added that they were seeking to set up a screening for a committee representing Palestinian prisoners and their families to judge the film for themselves.