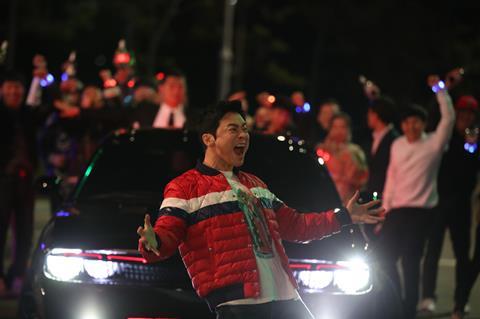 From director Han Jun-hee (Coin Locker Girl), the film stars Kong Hyo-jin (Door Lock), Ryu Jun-yeol (A Taxi Driver) and Cho Jung-seok (The Drug King). A rookie police officer (Ryu) with a talent for fast driving and an unjustly demoted top detective (Kong) find themselves in the Hit-and-Run Squad where they team up to arrest a rich and powerful speed demon suspected of multiple crimes.

The film topped the Korean box-office charts upon release on January 30, clockingup 1.3 million admissions and $9.6m in its first week, according to the Korean Film Council (KOFIC).