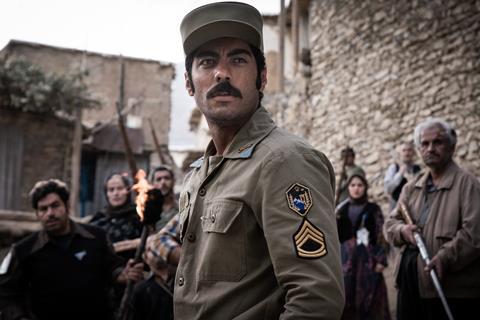 LevelK has boarded international sales for Iranian drama Zalava, which will screen in Toronto’s Midnight Madness and Venice Critics’ Week.

Arsalan Amiri, who previously served as screenwriter on Titi and Nahid, makes his feature directorial debut with the film. The drama is set in 1978 in a small village called Zavala, where the villagers claim there is a demon amongst them. A young sergeant arrests an exorcist for fraud, causing fear and anger to escalate in the village.

Amiri said: “As a little boy, I questioned the existence of this supernatural invisible creature made from fire, that my grandfather told me about, but did not have the courage to speak up about it. Eventually, I forced myself to believe, because I did not want to be punished by genies in the middle of the night. I outgrew these stories and my fears. Years later, as I searched for a unique story for my first feature film, my dad shared a story about one of my ancestors who enslaved a genie by attaching a pin to his clothes! It was pure magical realism and surprisingly my father believed it. At that moment, I knew I found my film.”