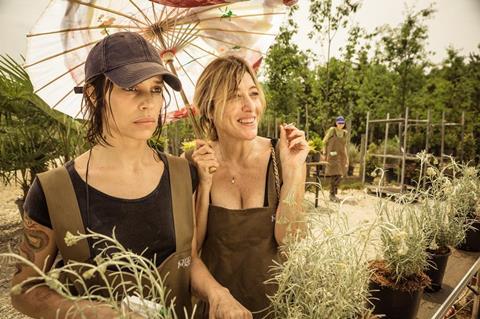 The story of two fun-seeking, mentally disturbed women on the run from their clinic was the most successful of the three films at the box office, earning $6.5m to become one of the biggest local hits of 2016. Its five di Donatello wins included best production design and best hairstyling.

Indivisible also also earned 17 nominations and is the pulp story of two conjoined sisters exploited by their family and the local parish in a dangerous suburb of Naples.

The film, produced by Tramp Ltd, was also recognised for best costume, best soundtrack and best original song – both by Neapolitan music legend Enzo Avitabile – as well as best producer.

Italian Race began the night on 16 nods and takes place in the world of motor racing. Fandango (My Mother) and Rai Cinema (Fuocoammare) produced the story of a young girl struggling to win the Gran Turismo Championship who gets unexpected help from her junkie brother and former champion.

Valeria Mastandrea won the supporting actress prize for her role in Claudio Giovannesi’s Fiore, which also premiered in Directors’ Fortnight.