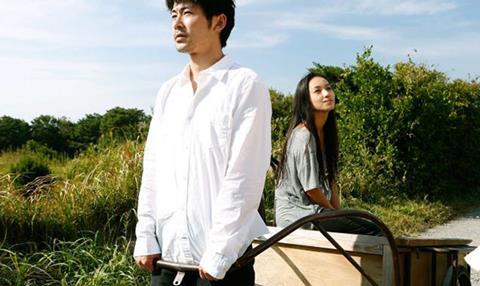 The new picture is about a former playwright from the city who seeks to lead a quiet life in the mountain but is caught up in a spiral of desire with a promiscuous young woman. The main cast includes Yuki Mamiya and Tasuku Nagaoka.

The domestic release for Wet Woman In The Wind is tentatively scheduled for the last quarter of this year.