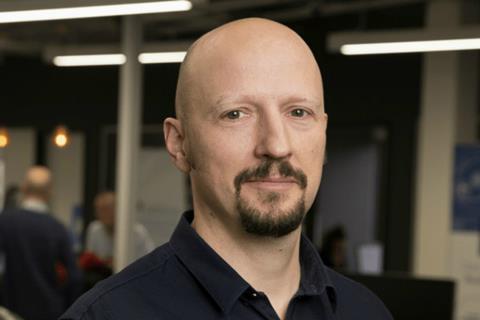 Based on a true story and set in the late 1920s, it centres on German doctor Friedrich Ritter and his patient, Dore Strauch, as their leave their spouses to pursue a utopian dream on the deserted Galapagos island of Floreana.

But their solitude is disrupted by the arrival of the glamorous “Baroness” Eloise Wagner de Bosquet and her two young lovers, and the island paradise descends in a spiral of jealousy, violence and murder.

The script is based on the book of the same name by John Treherne and the story was explored in 2013 documentary The Galapagos Affair: Satan Came To Eden, which screened at Telluride and Berlin, featuring the voices of Cate Blanchett and Diane Kruger among others.

Cambridge Picture Company is now in the process of assembling finance for the film’s projected budget of $15m and filming locations, such as the Canary Islands, are being considered for shooting.

Mactaggart said: “Throw together a cast of eccentric misfits on an idyllic tropical island, add lust and jealousy and you have Love Island. Add some weapons and you have The Galapagos Affair.”

Mactaggart was previously a partner at David Parfitt’s Trademark Films, where he worked on features including My Week With Marilyn and The Wipers Times. He launched production outfit Cambridge Picture Company in January 2018, where his first credit was Judi Dench spy film Red Joan, co-produced with Trademark. He was previously a film financier with experience in sales and equity and senior debt financing.