EXCLUSIVE: Seoul-based sales agent M-Line Distribution has signed an agreement to handle all graduate films from the Korean Academy of Film Arts (KAFA), one of South Korea’s leading film schools. 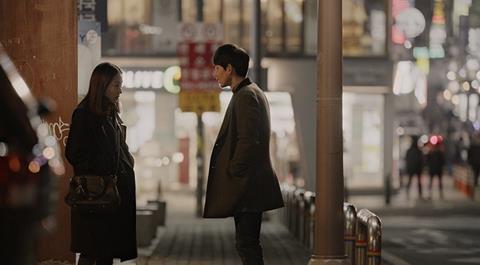 The first two films that M-Line will handle under the agreement recently premiered at the Busan International Film Festival: Kim Jin-hwang’s thriller The Boys Who Cried Wolf [pictured] and Park Geun-buem’s drama Girl On The Edge.

The Boys Who Cried Wolf tells the story of an out-of-work actor who agrees to be a fake witness to a child’s murder. The film, which stars Park Jong-hwan, Cha Rae-hyung and Song Ha-jun, won the Directors Guild of Korea (DGK) Award when it premiered in Busan’s Vision section.

Girl On The Edge, which stars Kong Ye-ji and Park Ye-young, revolves around the friendship between two school girls who bond over their unhappy family backgrounds. The film also screened in the Vision section at Busan.