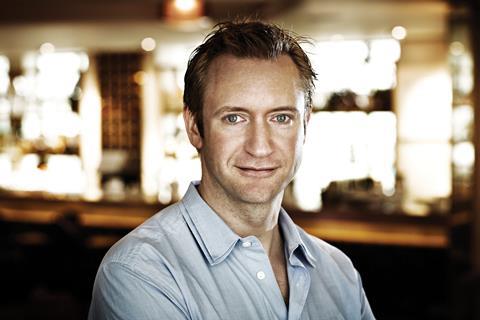 Screen International will partner with the International Film Festival & Awards Macao (IFFAM, December 8-14) on a new competitive section, New Chinese Cinema, which will present a dedicated showcase of outstanding films from Chinese-speaking territories to audiences and industry guests.

Six films selected by IFFAM programming consultant Giovanna Fulvi and IFFAM artistic director Mike Goodridge will screen for a jury of international critics. Screen will oversee the jury and present the award for Best Film in New Chinese Cinema to the winner. The inaugural jury members are Stephanie Bunbury (Australia), Nick James (UK) and Shu Kei (Hong Kong) The six films, which will be announced when the 3rd edition of IFFAM unveils its line-up, won’t be subject to premiere status.

IFFAM artistic director Mike Goodridge commented: “The new section allows us to expand our programme of Chinese-language cinema: exciting new films not just from Mainland China, Hong Kong, Taiwan Region and Macao, but also Malaysia and Singapore. We felt a real demand from local audiences and international guests to see a wider range of Chinese voices and IFFAM offers a platform into the international arena for these films and filmmakers. We have so many international industry and media guests that we saw this as an opportunity to screen some of the year’s best to them. We want IFFAM to be a venue in which the world’s industry has the chance to be introduced to the most exciting contemporary Chinese-language directors.”

Screen International Editor Matt Mueller said: “Screen International is delighted to partner with IFFAM on the New Chinese Cinema award, and thrilled to lend what support we can in helping the best Chinese-language films connect with a wider international audience. We look forward to participating in this year’s IFFAM and overseeing the jury that will pick the eventual, very worthy winner.”