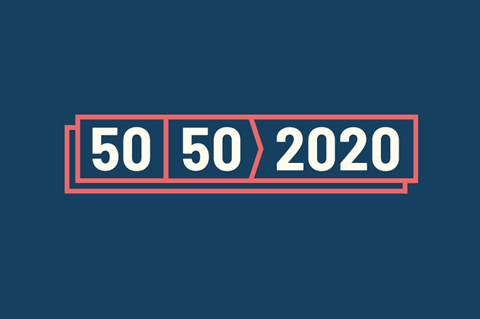 Some 300 professionals from across the French cinema world have signed up to a new movement called the Collectif 5050x2020 demanding more gender equality and diversity in the country’s film industry.

The aim of the initiative, launched on the eve of the country’s prestigious César film awards this evening, is to put in place concrete steps to bring about equality across the business, says film sales executive Bérénice Vincent, co-founder and spokesperson for the collective.

The initiative is among a raft of gender equality campaigns to have sprung up across the film world amid the ongoing reflection on female representation in the cinema business sparked by the anti-sexual harassment #MeToo movement last year.

It launches, however, against a complicated backdrop in France, where there has been a mixed response within the film industry and beyond to the related issues of sexual harassment and gender inequality in the cinema business.

“In spite of the shockwave of #MeToo, French cinema has not really been shaken by the Weinstein affair, and nothing concrete has come out of it. It’s raised awareness of inequalities, but our expectations are for this to go further and for speeches to be joined by actions,” explained Vincent.

“Discussions were begun across different circles in the industry which we’re growing by bringing together all sides of the profession, both on the creative and industry side,” she continued. “The idea is to seize the moment in a positive way and to structure the reflection around the question of inequalities and the distribution of power.”

Vincent said the collective would act as an “action think tank” that would “create tools” aimed at changing present day thinking as well as put pressure on public institutions and the private section to make structural changes fostering gender equality.

As part of its activities the collective has also launched a new website setting out it aims as well as sharing data highlighting gender imbalances throughout the cinema chain in France.

Tying in with its launch on the eve of the Césars, the body looked at the statistics for past awards.

Looking specifically at the best director category, just 21 women had been nominated out of 219 best director nominations and only one woman had ever won the coveted best director prize: Tonie Marshall for Venus Beauty in 2010.

Women fared better in the editing category where they had won 31 of the past 47 editing awards, representing 66% of the total. But across the rest of the craft awards their presence was minimal.

For more information about the movement (in French), follow this link: www.5050x2020.fr