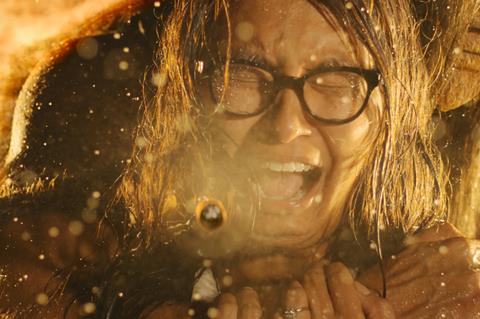 The two companies will also look to sell sequel, TV and remake rights to the action-adventure film, which is tracking to become one of the highest-grossing Malaysian films ever.

Currently in wide release in Malaysia, Brunei, and Singapore, the film is based on the novels by Malaysian author Ramlee Awang Murshid, and tells the story of the title character who, after being cast out at birth due to a facial deformity, is raised deep in the jungles of Borneo by a hermit where he assumes supernatural powers even as loggers threaten to destroy his home.

The film is the feature directorial debut of Australian special effects professional Seth Larney, whose VFX credits include X Men Origins: Wolverine and The Chronicles of Narnia: The Voyage Of The Dawn Treader.

“With Tombiruo, Seth and Ideate have crafted a uniquely Asian superhero. Its jaw dropping action scenes are exactly what genre fans love to watch and we can’t wait to bring this gem out to a wider international audience, and to help build a truly unique cinematic franchise,” said James Norrie, director of global sales and acquisitions at AMP International.

Ideate Media has acquired the rights to the back-catalogue of Tombiruo author Murshid and plan to use his creations and characters to build an ‘Asian cinematic universe’.

“Part of Ideate’s DNA is a vision to tell Asian stories to the world. Tombiruo is the first building block of a new cinematic universe based on unique characters with spectacular settings ready to captivate the international audience, and we are delighted to be working with a forward-thinking international sales house like AMP to bring our work to the world,” said Ideate Media CEO Zainir Aminullah.