EXCLUSIVE: The director’s latest documentary, A Syrian Love Story, had its world premiere at Sheffield Doc/Fest this week and is one of the hot favourites for the festival’s Grand Jury Prize 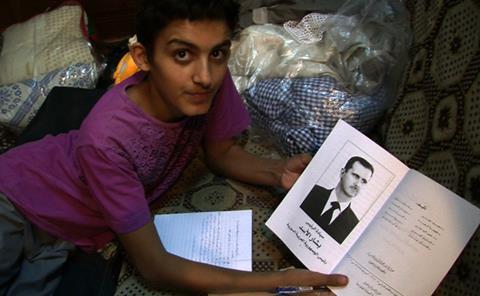 Acclaimed British documentary filmmaker Sean McAllister, whose credits include The Liberace in Baghdad and The Reluctant Revolutionary, is developing a feature documentary set in his home city of Hull.

The project, which will be called To Hull And Back, is being made on the back of the city being chosen as the UK’s Capital of Culture in 2017.

It is being developed with funding from the BFI, which also backed A Syrian Love Story.

MacAllister said the new project was loosely inspired by an episode of UK comedy series Only Fools And Horses in which Rodney and Delboy found themselves stuck in Hull when their boat to Amsterdam was cancelled.

“I’ve got this idea of making a love story with Hull, because I’d love to get Hull up on the screen,” says McAllister.

Meanwhile, A Syrian Love Story, which will have a limited theatrical release in London and elsewhere in September, is gaining rave reviews up in Sheffield.

Filmed over four years, it follows the plight of one Syrian family as they are forced to leave the war torn country and the impact it has on the family’s relationships. During the filming process, McAllister himself spent time in a Syrian jail when the authorities seized his camera.

Speaking at the world premiere in Sheffield on Sunday night, Storyville’s Nick Fraser, who put funding into the project, described it as McAllister’s “best film” to date.

“For me it’s about engaging with real human people, hearing them laugh and breathe, having that time to be with Syrians who laugh and cry and are not just dead news items,” says McAllister of the film, which he hopes will “inform people emotionally” about the situation in Syria.

McAllister chose to world premiere the film at Sheffield, despite having offers from other high profile UK festivals.

“We could have done the red carpet thing, but Sheffield is the place for documentaries. It’s celebrating this form of filmmaking and the documentary community, and I wanted to support the festival,” said the director.